East Side Church of God 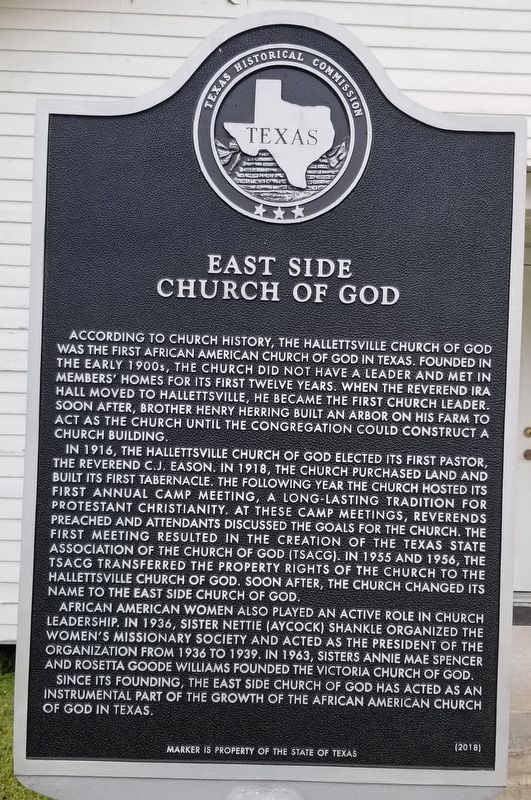 According to church history, the Hallettsville Church of God was the first African American Church of God in Texas. Founded in the early 1900s, the church did not have a leader and met in members' homes for its first twelve years. When the Reverend Ira Hall moved to Hallettsville, he became the first church leader. Soon after, Brother Henry Herring built an arbor on his farm to act as the church until the congregation could construct a church building.

By James Hulse, February 8, 2021
2. East Side Church of God and Marker
women also played an active role in church leadership. In 1936, Sister Nettie (Aycock) Shankle organized the Women's Missionary Society and acted as the President of the organization from 1936 to 1939. In 1963, Sisters Annie Mae Spencer and Rosetta Goode Williams founded the Victoria Church of God.

Since its founding, the East Side Church of God has acted as an instrumental part of the growth of the African American Church of God in Texas.