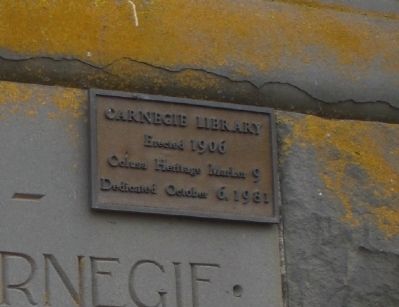 Topics and series. This historical marker is listed in this topic list: Notable Buildings. In addition, it is included in the Carnegie Libraries series list. A significant historical date for this entry is October 6, 1895. 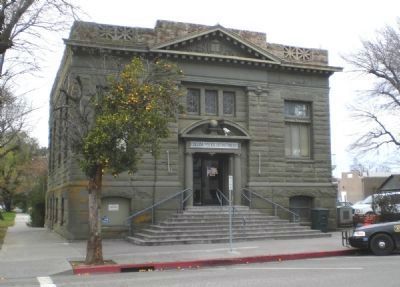 Photographed By Andrew Ruppenstein, February 28, 2009
2. Colusa Carnegie Library (Constructed 1906)
Designed by Stone and Smith in Classical Revival Style, and constructed by Miller and Blean of Colusa in 1906 of locally-quarried sandstone. Served as a library until 1964. Designated a Colusa Historic Landmark in 1981 by local ordinance. 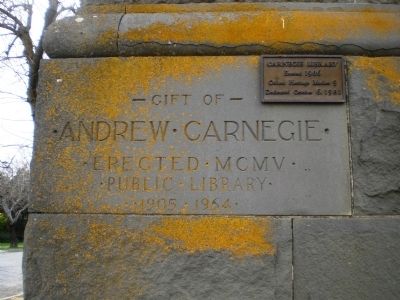 Photographed By Andrew Ruppenstein, February 28, 2009
3. Carnegie Library Dedication Stone
In 1905 the city received a Carnegie grant of $10,000 for the construction of the library. Total cost was $13,158, with the Colusa Women's Club raising the difference. Those familiar with Roman numerals will note the difference in construction dates between the historical marker and the dedication stone. The odd looking orange material visible in the picture is a lichen of sorts. 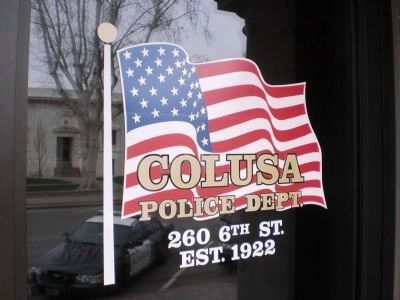