The Fifth Corps, Army of the Potomac 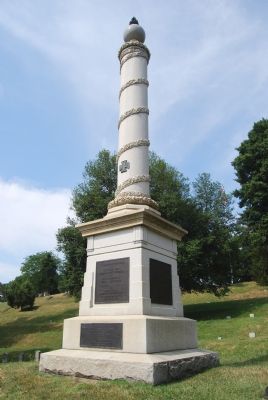 To commemorate the valor of the Fifth Corps, Army of the Potomac, and in loving memory of its heroic dead this monument has been erected by Major General Daniel Butterfield, U.S.V., its commander on this field December 13th 1862. 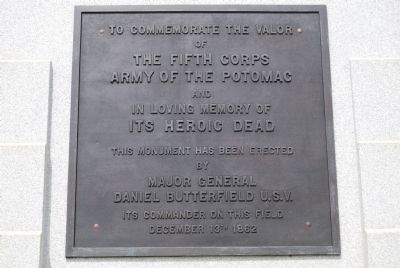 Presented to the Fredericksburg and adjacent Battlefields Memorial Park Association. Corner-stone laid by Fredericksburg Lodge No. 3 A.F.& A.M. May 25th, 1900, in the presence of William McKinley, President of the United States, and the monument was dedicated by that lodge May 30th, 1901.

Topics and series. This historical marker is listed in this topic list: War, US Civil. In addition, it is included in the Former U.S. Presidents: #25 William McKinley series list. A significant historical month for this entry is May 1907. 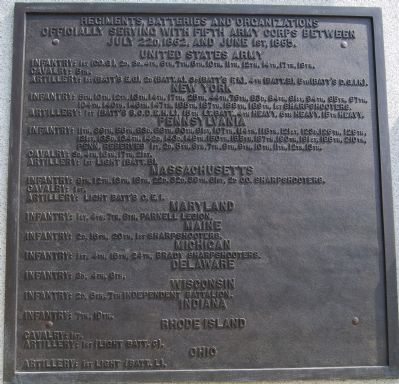 Additional commentary.
1. General Butterfield's “Taps”
The music for “Taps,” the Lights-Out military bugle call, was adapted by Union General Daniel Butterfield for his Third Brigade, First Division, Fifth Army Corps, Army of the Potomac, in July 1862. Today its 24 haunting and emotional notes are known to everyone, military or civilian. Day is done, gone the sun • From the hills, from the lake, 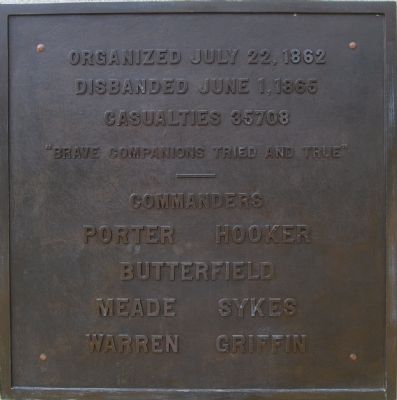 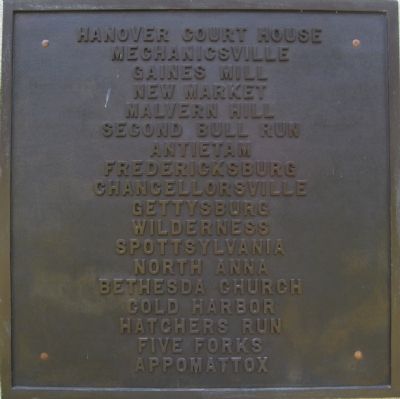 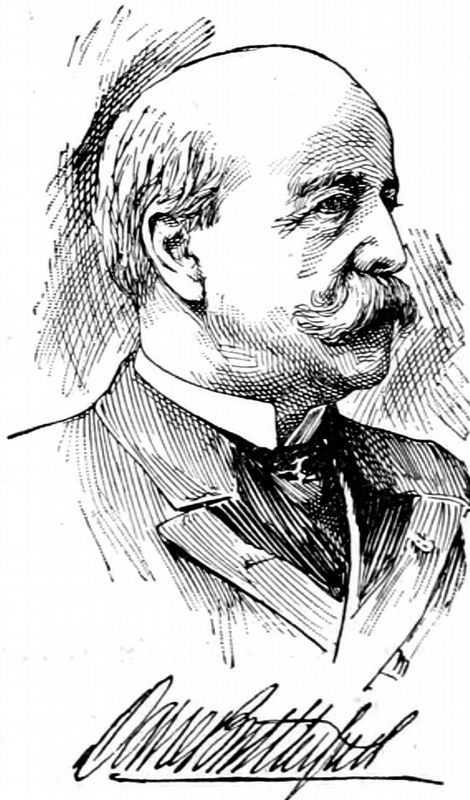 Photographed By Allen C. Browne
7. Daniel A. Butterfield
from The Biographical Dictionary of America, 1906 by Rossiter Johnson. 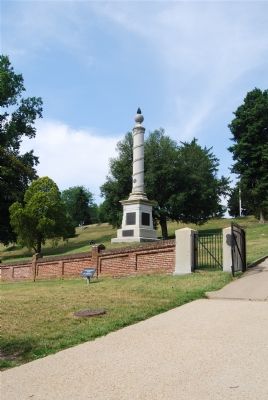