The Battle of Ball's Bluff 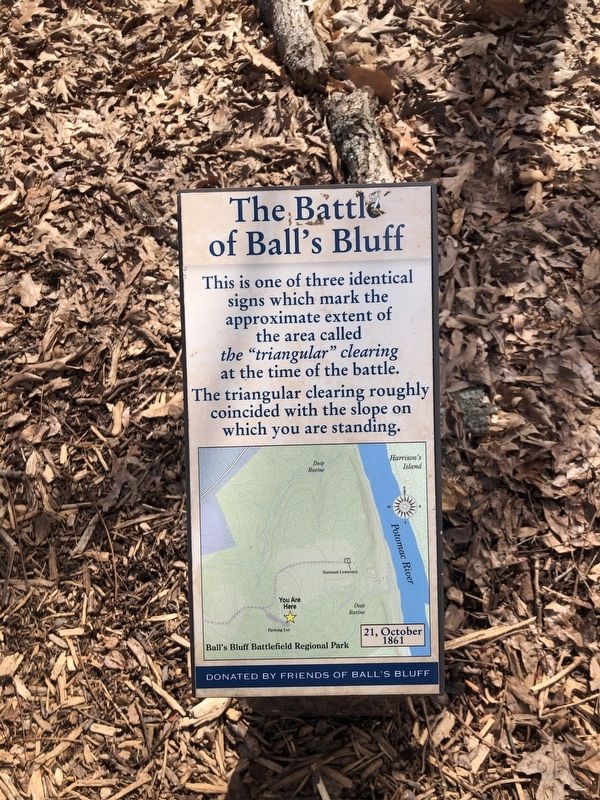 The triangular clearing roughly coincided with the slope on which you are standing. . This historical marker was erected by Friends of Ball's Bluff. It is in Leesburg in Loudoun County Virginia

This is one of three identical signs which mark the approximate extent of the area called the "triangular" clearing at the time of the battle.

The triangular clearing roughly coincided with the slope on which you are standing.

Erected by Friends of Ball's Bluff.

Topics. This historical marker is listed in this topic list: War, US Civil. A significant historical date for this entry is October 21, 1861.

Location. 39° 7.861′ N, 77° 31.801′ W. Marker is in Leesburg, Virginia, in Loudoun County. Marker can be reached from Balls Bluff Park east of Balls Bluff Road, on the right when traveling west. Touch for map. Marker is in this post office area: Leesburg VA 20176, United States of America. Touch for directions. 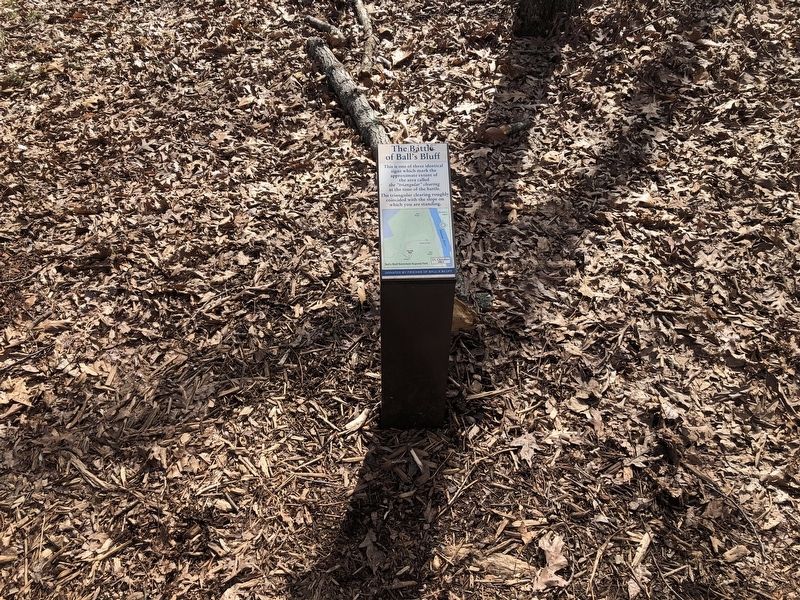 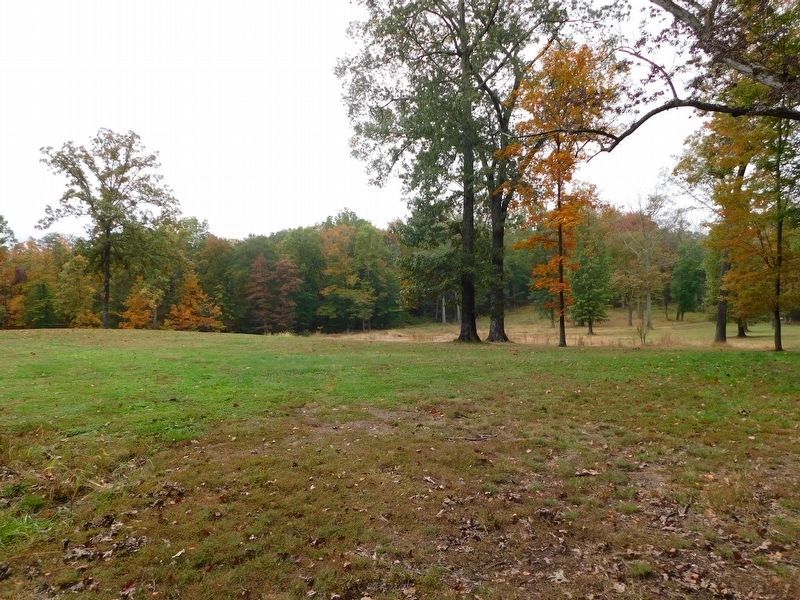