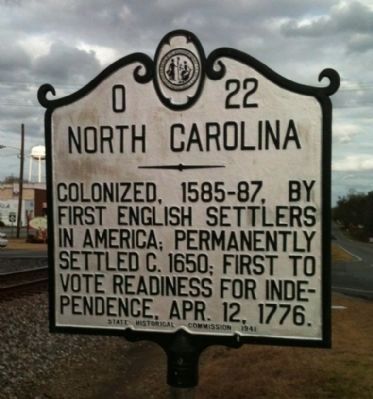 South Carolina. Formed in 1712 from part of Carolina, which was chartered in 1663. It was first settled by the English in 1670. One of the 13 original states.

Topics and series. This historical marker is listed in these topic lists: Colonial Era • Political Subdivisions • Settlements & Settlers. In addition, it is included in the North Carolina Division of Archives and History series list. A significant historical date for this entry is April 12, 1781. 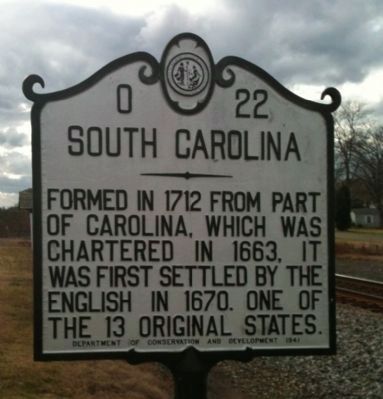 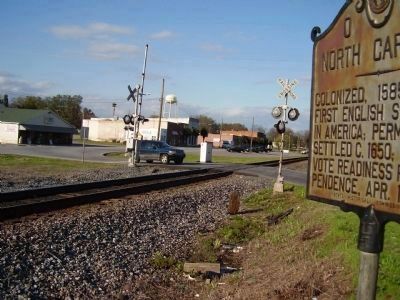