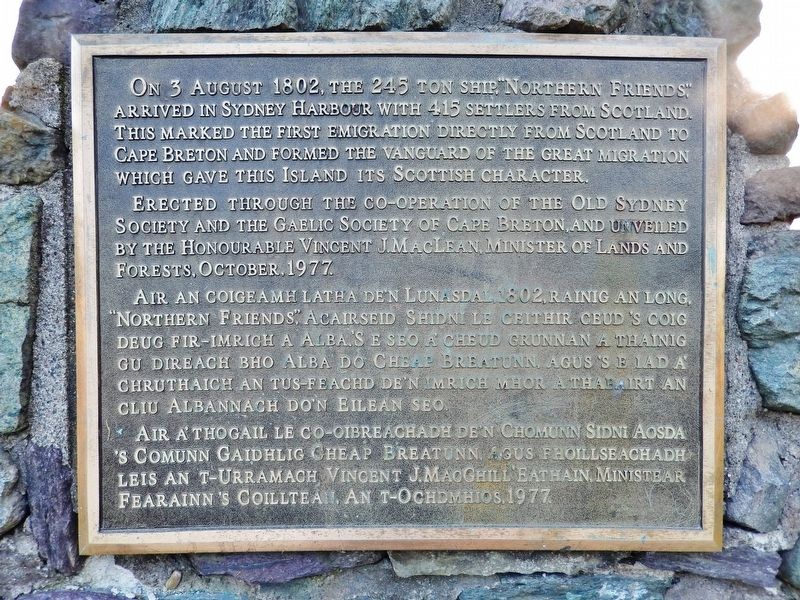 [English]
On 3 August 1802, the 245 ton ship, “Northern Friends,” arrived in Sydney Harbour with 415 settlers from Scotland. This marked the first emigration directly from Scotland to Cape Breton and formed the vanguard of the great migration which gave this Island its Scottish character.

Erected through the co-operation of the Old Sydney Society and the Gaelic Society of Cape Breton, and unveiled by the Honourable Vincent J. MacLean, Minister of Lands and Forests, October 1977. 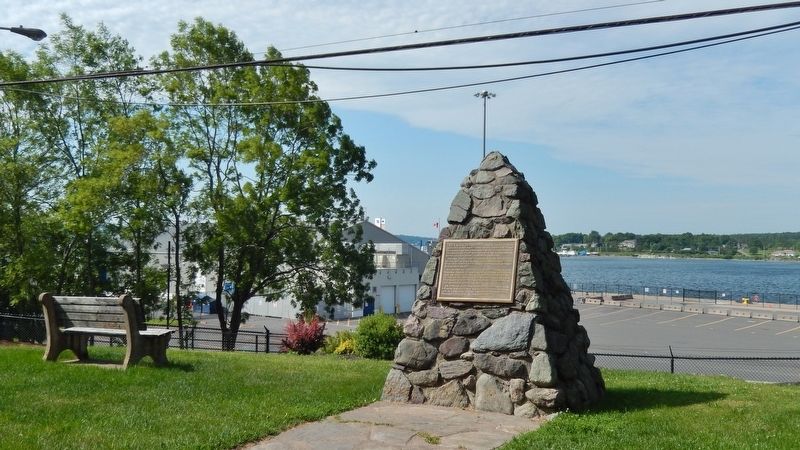 Topics. This historical marker is listed in these topic lists: Settlements & Settlers • Waterways & Vessels. A significant historical date for this entry is August 3, 1802.

Location. 46° 8.594′ N, 60° 11.977′ W. Marker is in Sydney, Nova Scotia, in Cape Breton Region. Marker is at the intersection of Esplanade and Amelia Street, on the left when traveling north on Esplanade. Marker is mounted on a rock pyramid near the sidewalk. Touch for map. Marker is in this post office area: Sydney NS B1P 6C1, Canada. Touch for directions.