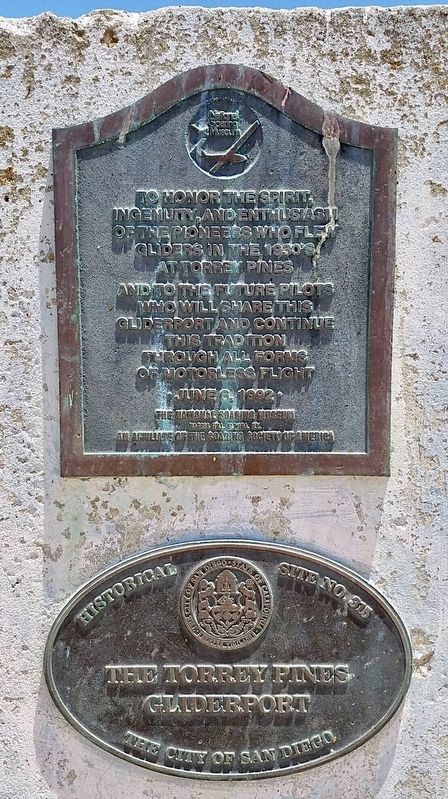 To honor the spirit, ingenuity, and enthusiasm of the pioneers who flew gliders in the 1930’s at Torrey Pines, and to the future pilots who will share this gliderport and continue this tradition through all forms of motorless flight.

Other nearby markers. At least 8 other markers are within 8 miles of this marker, measured as the crow flies. Washington to Baltimore 1844 Telegraph Message (approx. 1.1 miles away); Torrey Pines Lodge 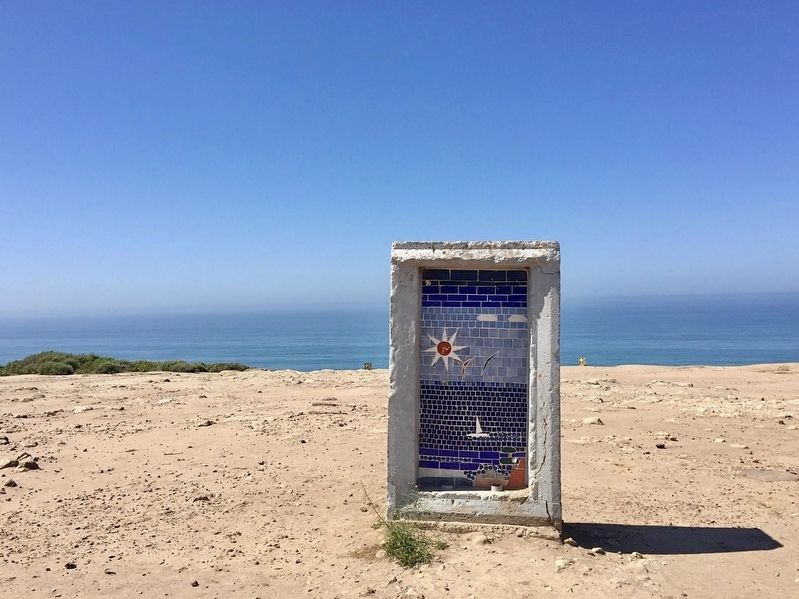 2017
2. Torrey Pines Gliderport Marker
The reverse side has a tile mosaic of a sailboat and two Hang Gliders.

Regarding Torrey Pines Gliderport. Beginning in 1930, this site was used for motorless flight. Gliders were car-towed off the beach parallel to the 350-foot cliff so they could fly in the lift created by the wind flowing up the cliffs. In 1930, Charles Lindbergh soared along the cliffs of Torrey Pines and established the first gliding distance record. In 1936, Woody Brown launched and landed on top of the cliffs for the first ‘top landing’. In the late 1930’s, Hawley Bowlus, engineer and construction supervisor of the ‘Spirit of St. Louis’, began soaring the cliffs with his own sailplane designs.
The Gliderport was instrumental in the development of the first variometer (1939), which is a sensitive instrument used to determine the rate of climb or sink. The Zanoonia sailplane, built in 1939, was the first aircraft to use spoilers 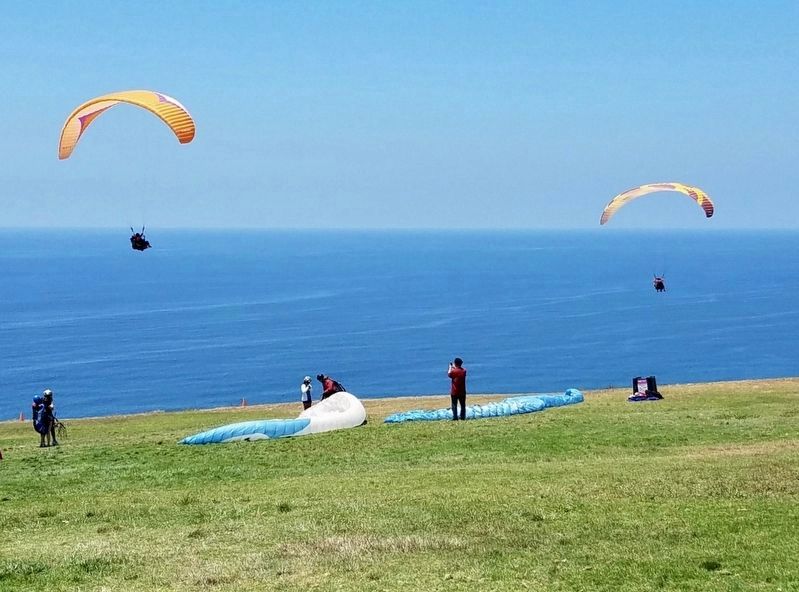 2017
3. Torrey Pines Gliderport
Paragliders soaring above the takeoff / landing area.
(air brakes) on the wings, which are still used by aircraft today. Bob Fronius invented the first aircraft parachute recovery system which was flight tested at the Gliderport in 1947. Flight operations at Torrey Pines were interrupted in 1941 when the Gliderport property became the Army's Camp Callan. Military operations were conducted here until the end of World War II.
In the late 1960’s the first radio-controlled model airplanes were designed and flown at the Gliderport. In the 1970’s the first hang gliders flew over the bluffs of Torrey Pines. The Gliderport promoted paragliding during its infancy in the mid-1980’s. Today the Gliderport hosts radio-controlled model aircraft, hang gliders, and paragliders. Flying activities are from 9:00 AM to 5:00 PM every day of the year, but depend on wind conditions. For ocean viewing, the parking lot is always open.
Torrey Pines Gliderport was added to the National Register of Historic Places in 1993 and expanded in 2008. It was designated an AMA Landmark Site by the Academy of Model Aeronautics in 2003. 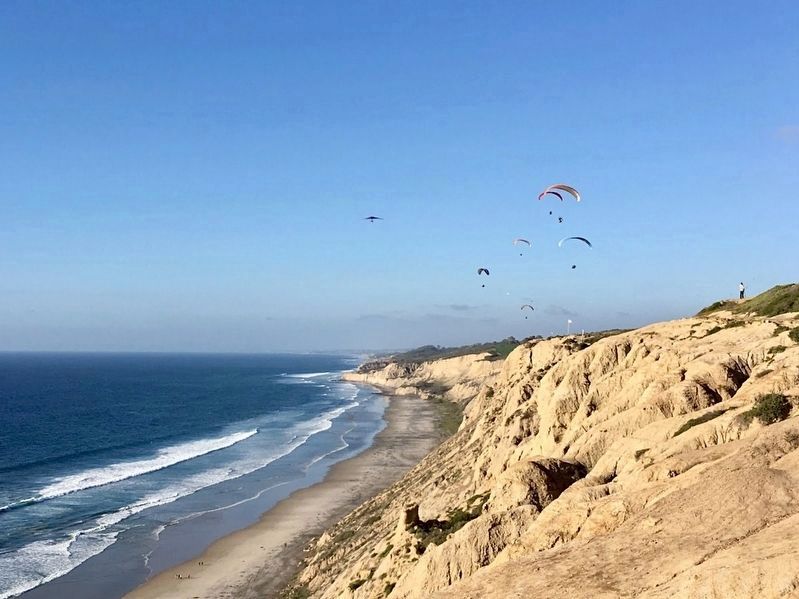 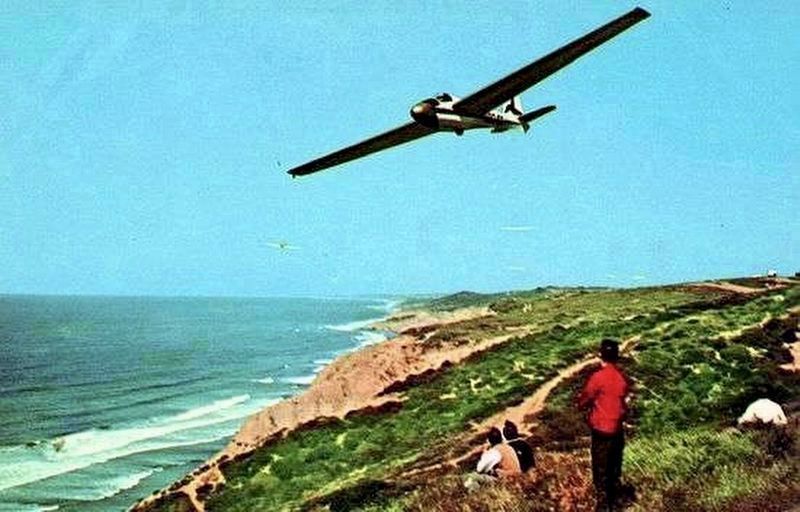 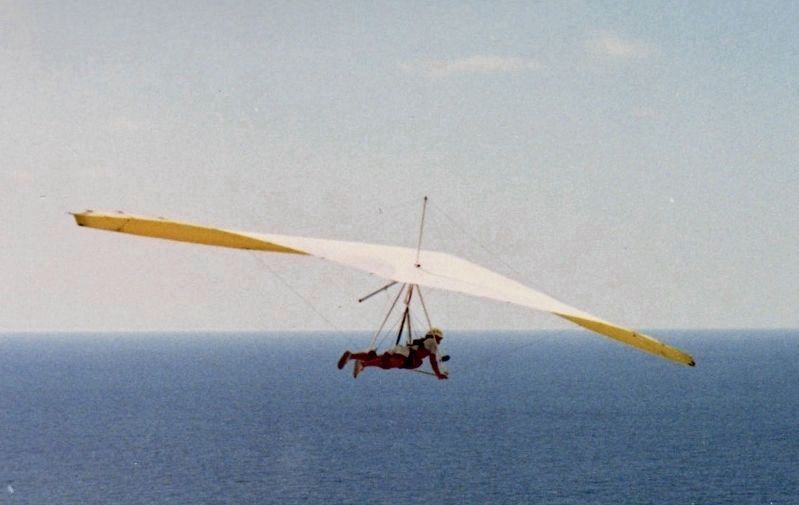