Known to Be Buried in Columbia Cemetery 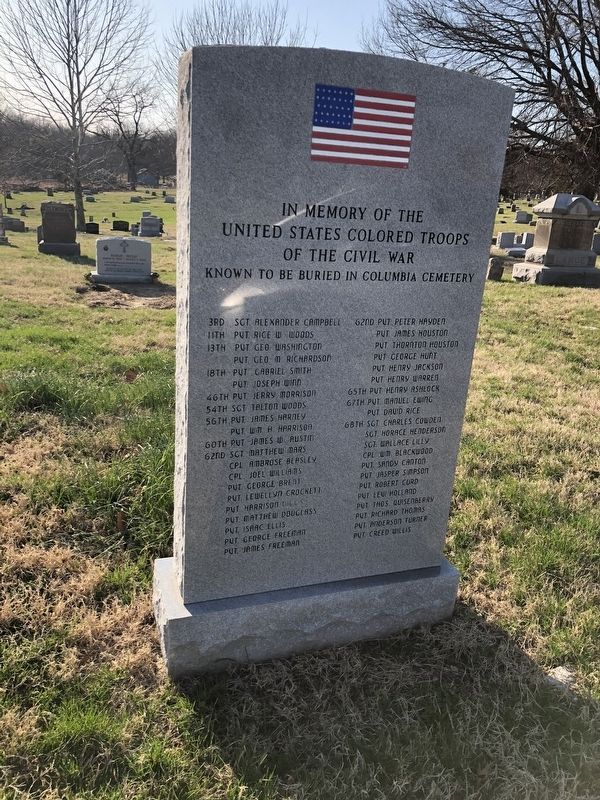 In recognition of Betty Watts Bakich, Missouri Department President, 1999-2000, whose President's Project was to honor the United States Colored Troops known to be buried in the Columbia Cmetery. . This memorial was erected in 2000 by Ann Hawkins Gentry Tent #21, Daughters of Union Veterans of the Civil War. It is in Columbia in Boone County Missouri 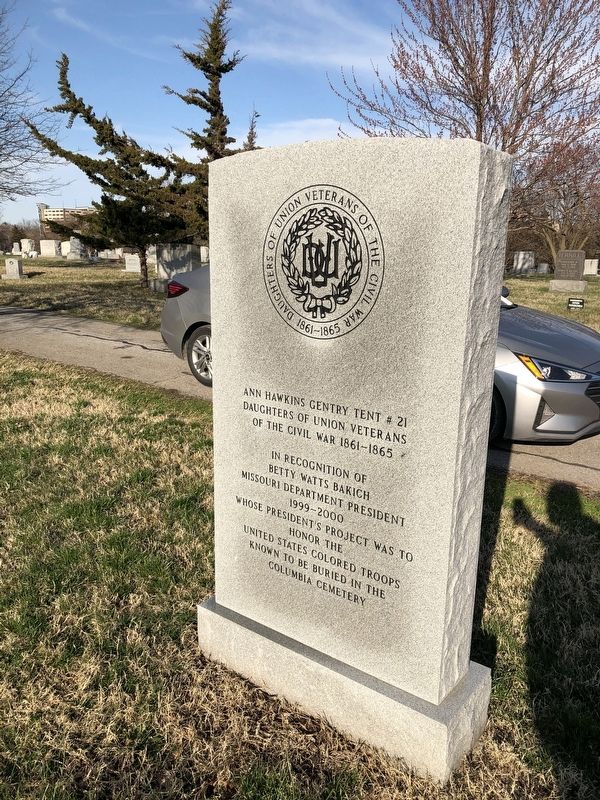 Photographed By Devry Becker Jones, March 21, 2021
2. In Memory of the United States Colored Troops of the Civil War Marker

Click or scan to see
this page online
Willis

In recognition of Betty Watts Bakich, Missouri Department President, 1999-2000, whose President's Project was to honor the United States Colored Troops known to be buried in the Columbia Cmetery.

Location. 38° 56.842′ N, 92° 20.15′ W. Marker is in Columbia, Missouri, in Boone County. Memorial can be reached from East Broadway just west of North 1st Street, on the left when traveling west. Touch for map. Marker is at or near this postal address: 401 S Providence Rd, Columbia MO 65203, United States of America. Touch for directions.

Other nearby markers. At least 8 other markers are within walking distance of this marker. "Make A Brighter Future" (about 500 feet away, measured in a direct line); George Clinton Swallow (about 700 feet away); Lest We Forget: Lynching at the Stewart Road Bridge (about 700 feet away); James Shannon L.L.D. (approx. 0.2 miles away); African-American Heritage Trailhead (approx. ¼ mile away); Operation Desert Storm (approx. ¼ mile away); Site of Columbia College