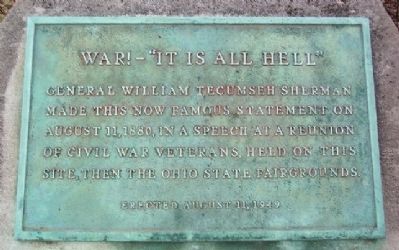 General William Tecumseh Sherman made this now famous statement on August 11, 1880, in a speech at a reunion of Civil War veterans, held on this site, then the Ohio State Fairgrounds. 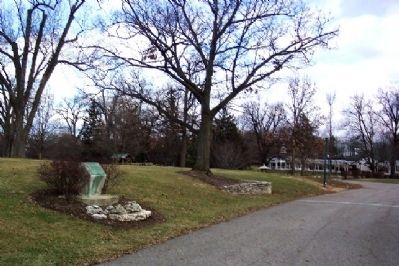