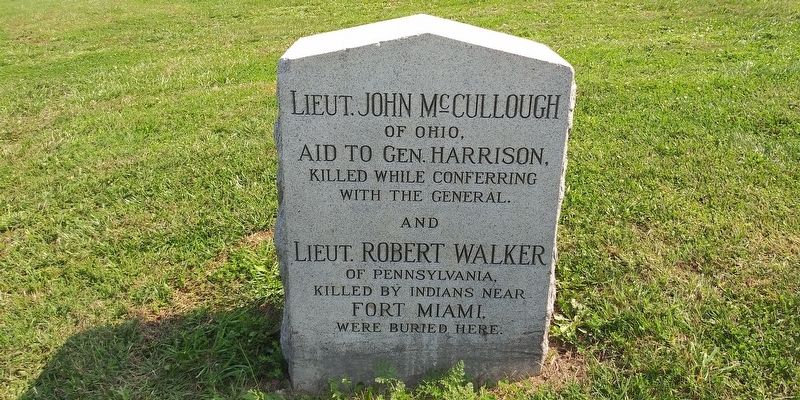 Lieut. Robert Walker of Pennsylvania, killed by Indians near Fort Miami, were buried here.. . This historical marker is in Perrysburg in Wood County Ohio

Lieut. John McCullough
of Ohio,
aid to Gen. Harrison,
killed while conferring
with the general.

Topics. This historical marker is listed in these topic lists: Cemeteries & Burial Sites • Forts and Castles • War of 1812. 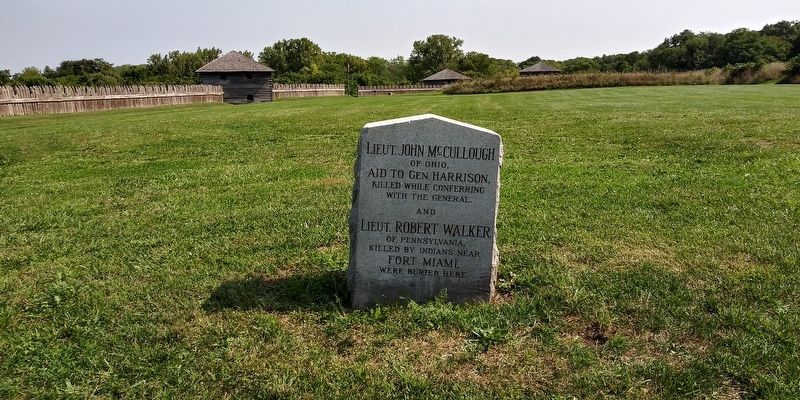 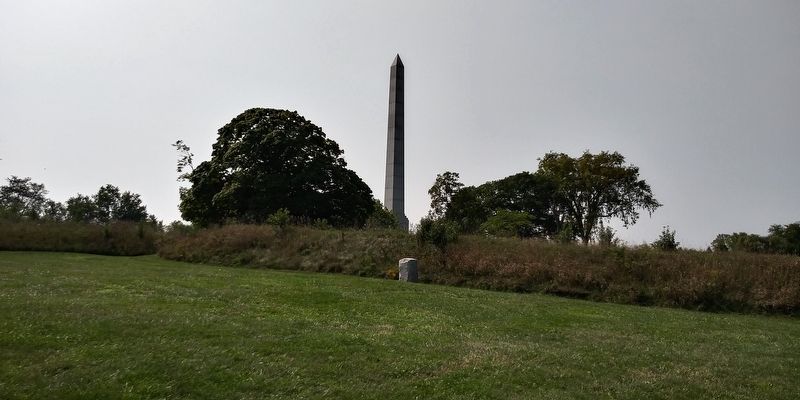