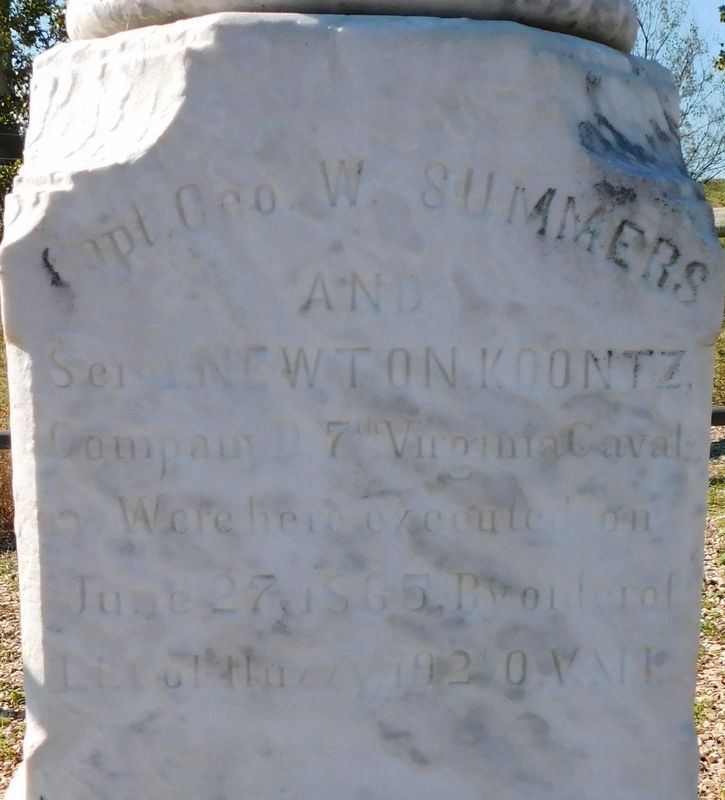 (North Side)
Without the privilege of any kind of trial: They having been arrested at their homes in Page Co., brought here and shot

(South Side)
Erected in 1893 by friends under the supervision of Capt. T.J. Adams

Erected 1893 by Friends under the supervision of Capt. T.J. Adams.

Topics. This monument and memorial is listed in this topic list: War, US Civil. A significant historical date for this entry is June 27, 1865.

Location. 38° 41.587′ N, 78° 39.014′ W. Marker is in New Market, Virginia, in Shenandoah County. Memorial is on Old Valley Pike (U.S. 11) north of Monument Lane (Virginia Route 828), on the left when traveling north. Monument is located at the end of a short pathway west of the roadside markers. Touch for map. Marker is at or near this postal address: 4721 Old Valley Pike, New Market VA 22844, United States of America. Touch for directions.

Other nearby markers. At least 8 other markers are within walking distance of this marker. The Post-Appomattox Tragedy Monument (here, next to this marker); 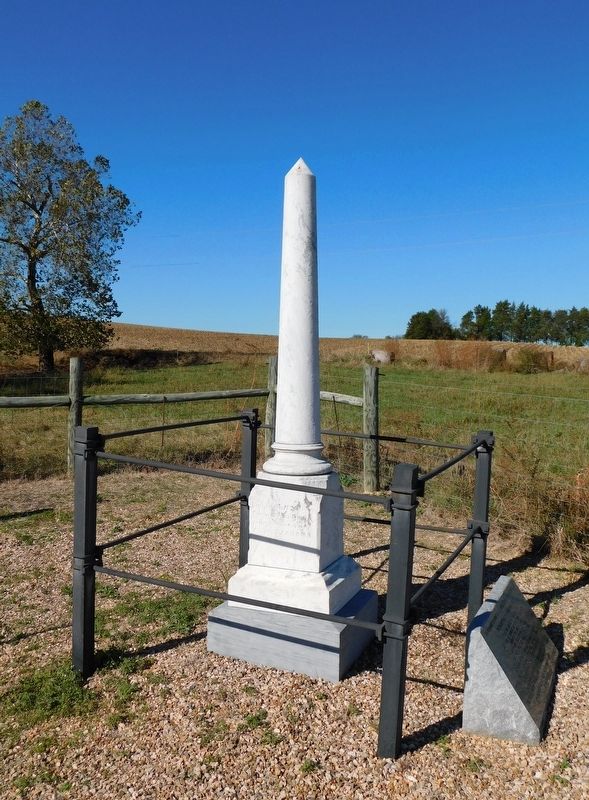 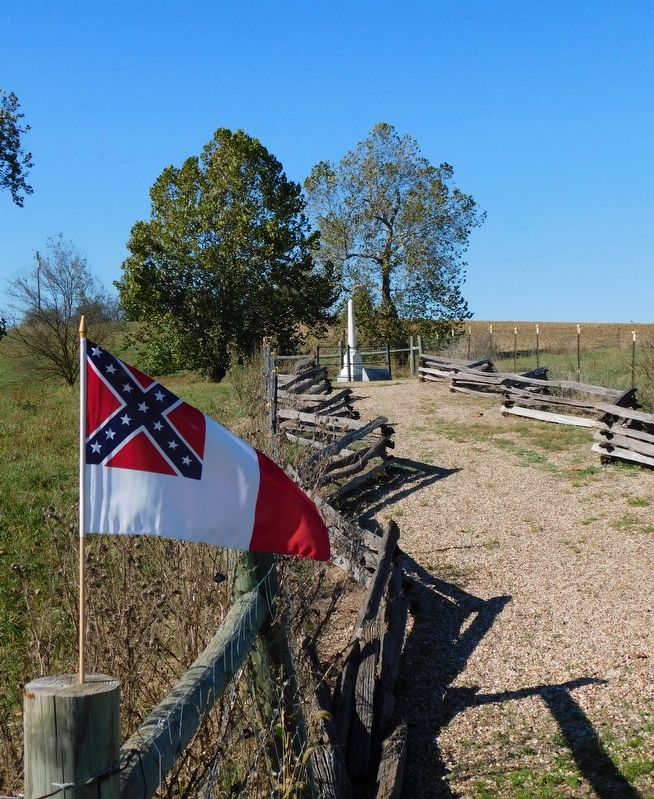