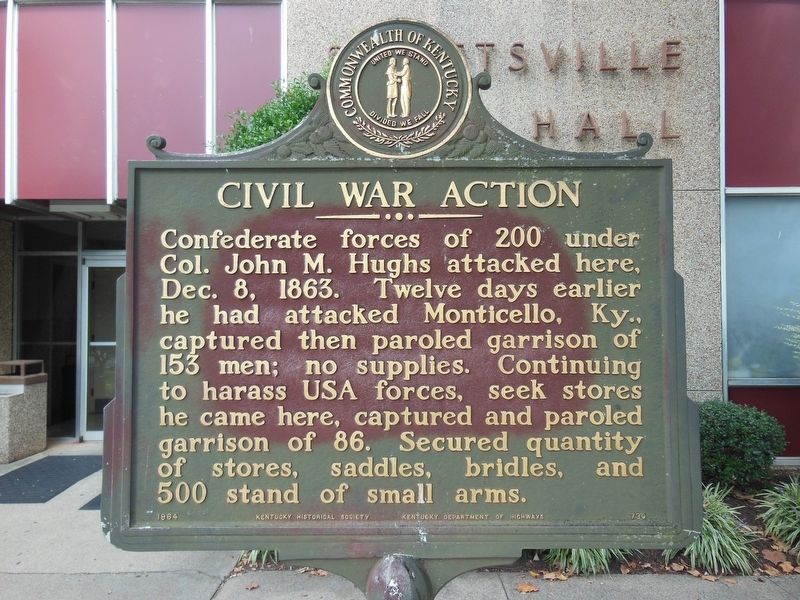 Topics and series. This historical marker is listed in this topic list: War, US Civil. In addition, it is included in the Kentucky Historical Society series list. A significant historical date for this entry is December 8, 1863. 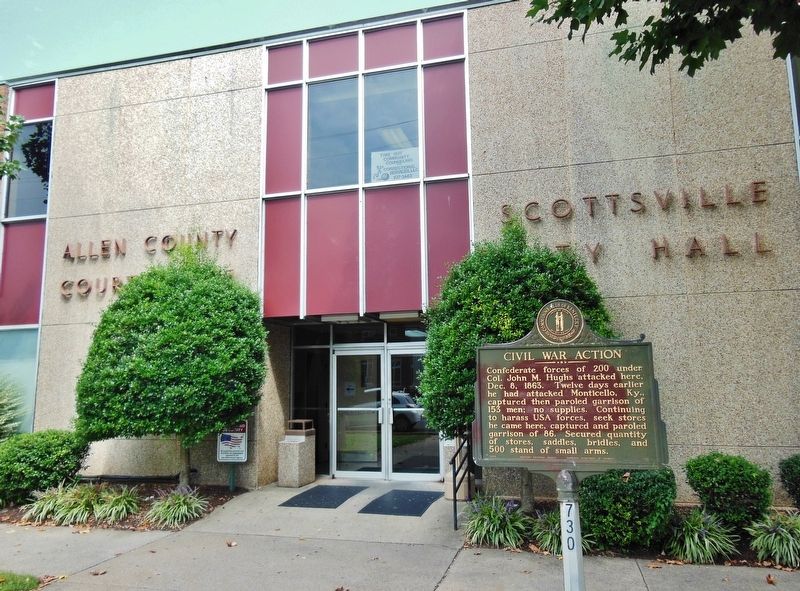 Other nearby markers. At least 8 other markers are within walking distance of this marker. County Named, 1815 (here, next to this marker); Jacksonian Hotel (within shouting distance of this marker); Morgan in Scottsville (about 300 feet away, measured in a direct line); Scottsville Public Spring (approx. 0.2 miles away); Scottsville, 1862 (approx. 0.4 miles away); An Army Restored (approx. half a mile away); An Army in Crisis (approx. half a mile away); Lilly’s Artillery (approx. half a mile away). Touch for a list and map of all markers in Scottsville.
Credits. This page was last revised on April 9, 2021. It was originally submitted on March 20, 2019, by Cosmos Mariner of Cape Canaveral, Florida. This page has been viewed 221 times since then and 14 times this year. Last updated on April 9, 2021, by Carl Gordon Moore Jr. of North East, Maryland. Photos:   1, 2. submitted on March 21, 2019, by Cosmos Mariner of Cape Canaveral, Florida. • Bill Pfingsten was the editor who published this page.
Share This Page.