The Boys of Williamsport 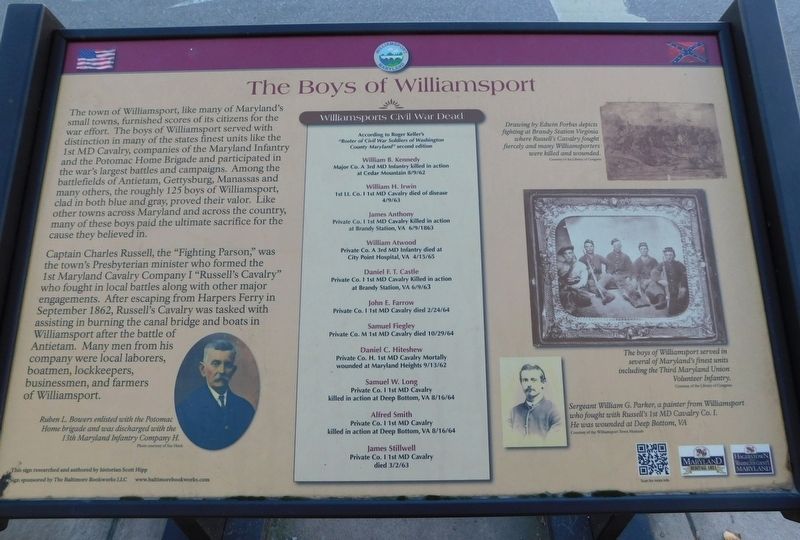 The town of Williamsport, like many of Maryland's small towns, furnished scores of its citizens for the war effort. The boys of Williamsport served with distinction in many of the states finest units like the 1st MD Cavalry, companies of the Maryland Infantry and the Potomac Home Brigade and participated in the war's largest battles and campaigns. Among the battlefields of Antietam, Gettysburg, Manassas and many others, the roughly 125 boys of Williamsport, clad in both blue and gray, proved their valor. Like other towns across Maryland and across the country, many of these boys paid the ultimate sacrifice for the cause they believed in.

Captain Charles Russell, the "Fighting Parson,” was the town's Presbyterian minister who formed the 1st Maryland Cavalry Company I "Russell's Cavalry" who fought in local battles along with other major engagements. After escaping from Harpers Ferry in September 1862, Russell's Cavalry was tasked with assisting in burning the canal bridge and boats in Williamsport after the battle of Antietam. Many men from his company were local laborers, boatmen, lockkeepers, businessmen, and farmers of Williamsport. 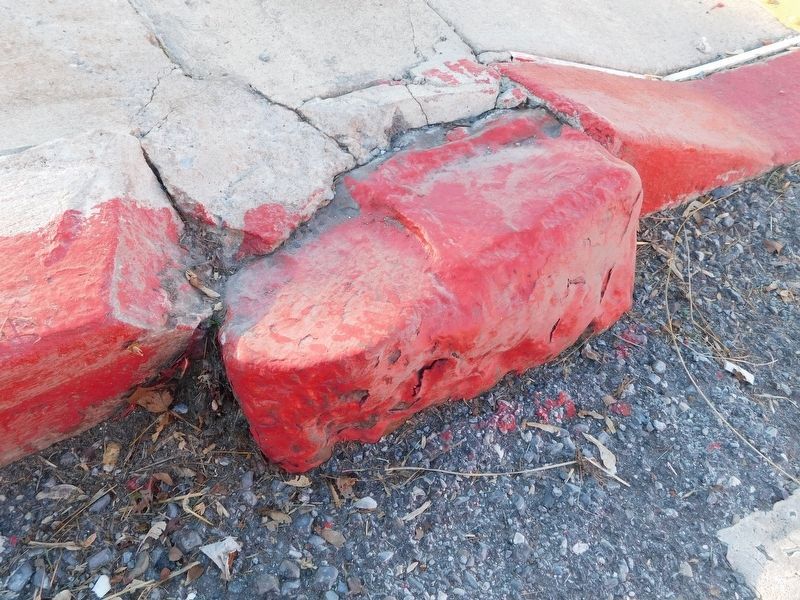 By Bradley Owen, October 19, 2017
2. The Mounting Stone
Located along the curb directly across West Potomac Street from the marker. According to local tradition, on the afternoon of July 13, 1863, Gen. Robert E. Lee stopped outside the Taylor Hotel, dismounted and talked to some locals gathered there. Upon leaving, Lee used a large sandstone block along the sidewalk to mount Traveller. He then rode towards the pontoon bridge at Falling Waters to begin the Confederate retreat across the Potomac.

Drawing by Edwin Forbes depicts fighting at Brandy Station Virginia where Russell's Cavalry fought fiercely and many Williamsporters were killed and wounded. Courtesy of the Library of Congress

The boys of Williamsport served in several of Maryland's finest units including the Third Maryland Union Volunteer Infantry. Courtesy of the Library of Congress

Sergeant William G. Parker, a painter from Williamsport who fought with Russell's 1st MD Cavalry Co. I. He was wounded at Deep Bottom, VA Courtesy of the Williamsport Town Museum