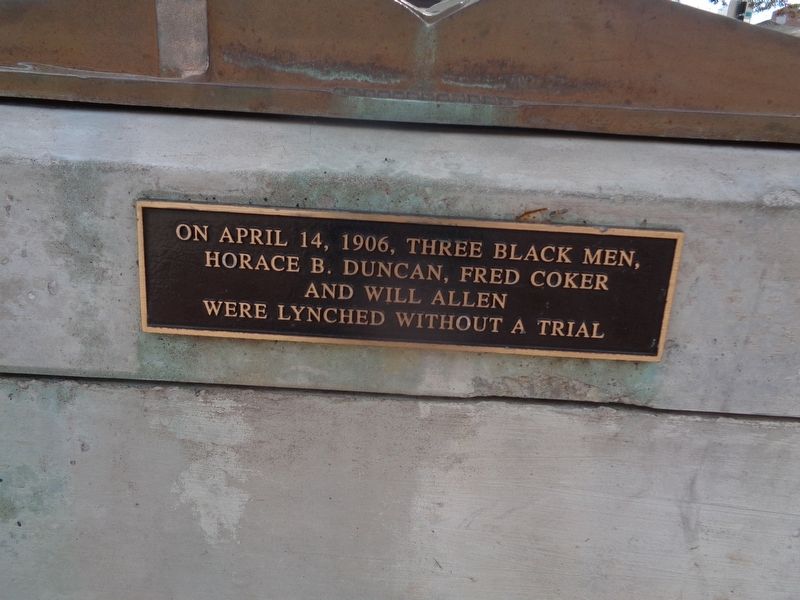 On April 14, 1906, three black men, Horace B. Duncan, Fred Coker and Will Allen were lynched without a trial

Topics. This historical marker is listed in these topic lists: African Americans • Civil Rights • Law Enforcement. A significant historical date for this entry is April 11, 1906.

Also see . . .  On 112-year anniversary of Springfield lynchings, memorial for victims is planned 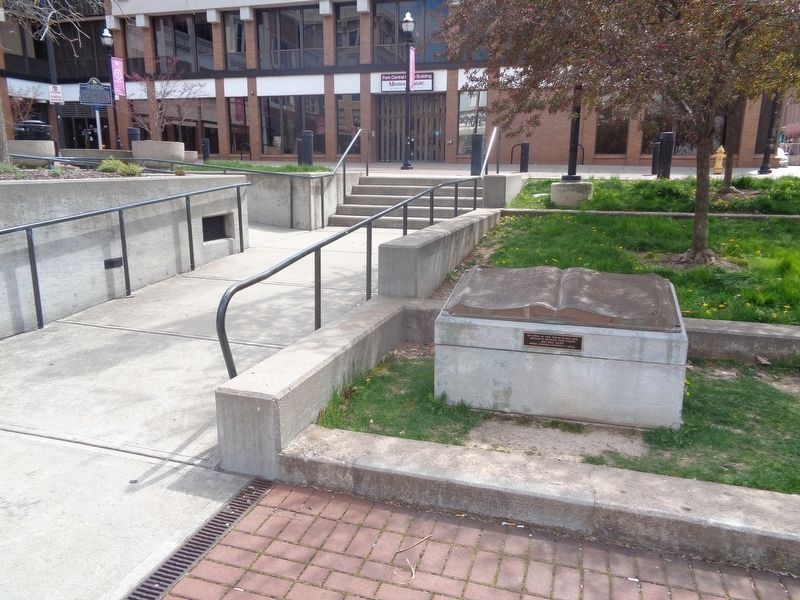 Click or scan to see
this page online
. Published by the Springfield News-Leader on April 12, 2018, this article gives more detail about the wrongful lynching, which many local African-American leaders felt it was important to remember. A series of misunderstandings led a drunken mob to lynch the three men on the day before Easter Sunday in 1906. (Submitted on April 11, 2021, by Jason Voigt of Glen Carbon, Illinois.)