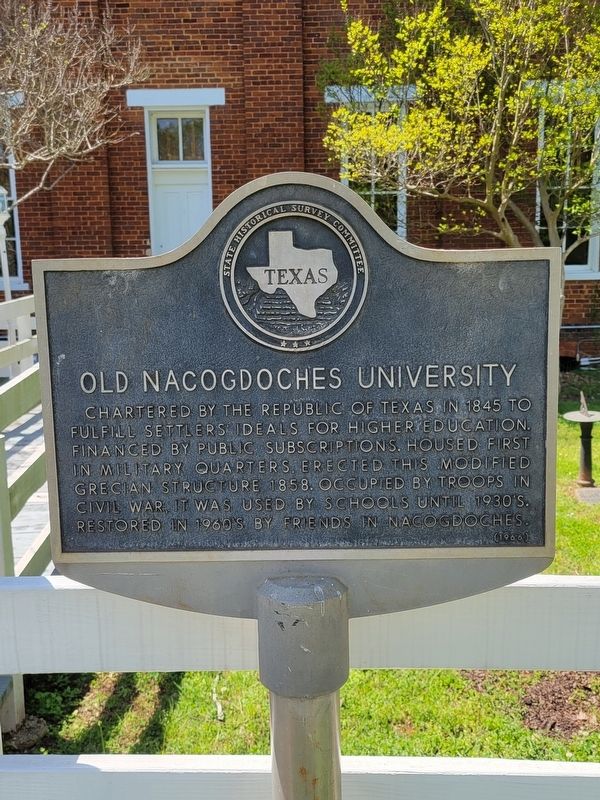 Chartered by the Republic of Texas in 1845 to fulfill settlers' ideals for higher education. Financed by public subscriptions. Housed first in military quarters, erected this modified Grecian structure 1858. Occupied by troops in Civil War, it was used by schools until 1930s. Restored in 1960s by friends in Nacogdoches.

Topics. This historical marker is listed in this topic list: Education. A significant historical year for this entry is 1845. 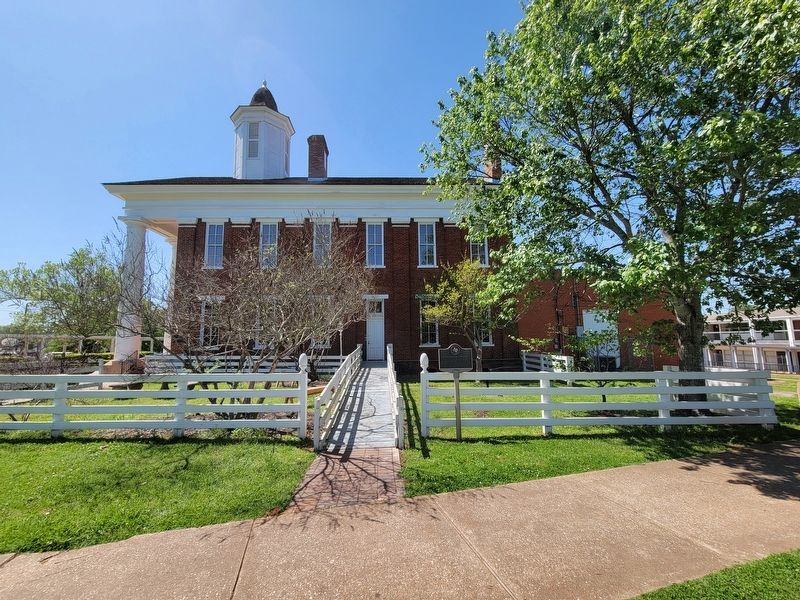 Click or scan to see
this page online
line); a different marker also named Washington Square (about 600 feet away); Site of the home of Charles S. Taylor (approx. 0.2 miles away); Diedrich Anton Wilhelm Rulfs (approx. ¼ mile away); Durst-Taylor House (approx. ¼ mile away). Touch for a list and map of all markers in Nacogdoches. 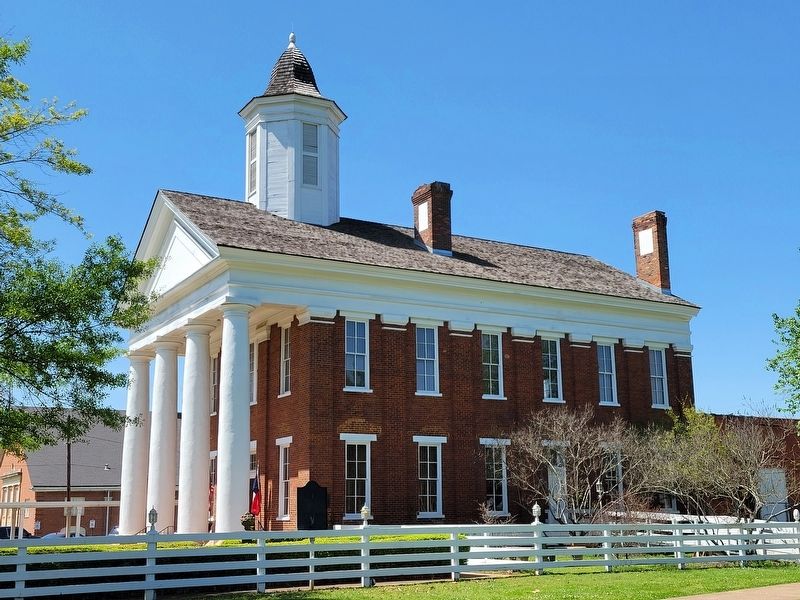