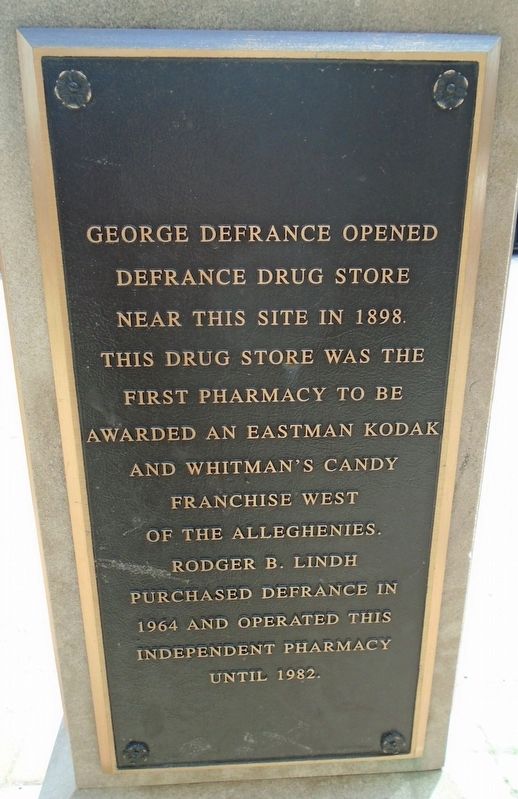 George DeFrance opened DeFrance Drug Store near this site in 1898. This drug store
was the first pharmacy to be awarded an Eastman Kodak and Whitman's Candy
franchise west of the Alleghenies. Rodger B. Lindh purchased DeFrance in 1964
and operated this independent pharmacy until 1982.
—————————————
Rodger B. Lindh, RPh,
donated this marker in honor of
Terance Reeves,
from whom he purchased
DeFrance Drug Store in 1964

Erected by the Borough of Grove City and Rodger B. Lindh.

Topics. This historical marker is listed in these topic lists: Industry & Commerce • Science & Medicine. A significant historical year for this entry is 1898.

Location. 41° 9.621′ N, 80° 5.187′ W. Marker is in Grove City, Pennsylvania, in Mercer County. Marker is on Broad Street (Pennsylvania Route 208) north of Pine Street, on the left when traveling north. Markers on west face of obelisk. Touch for map. Marker is at or near this postal address: 141 South Broad Street, Grove City PA 16127, United States of America. Touch for directions. 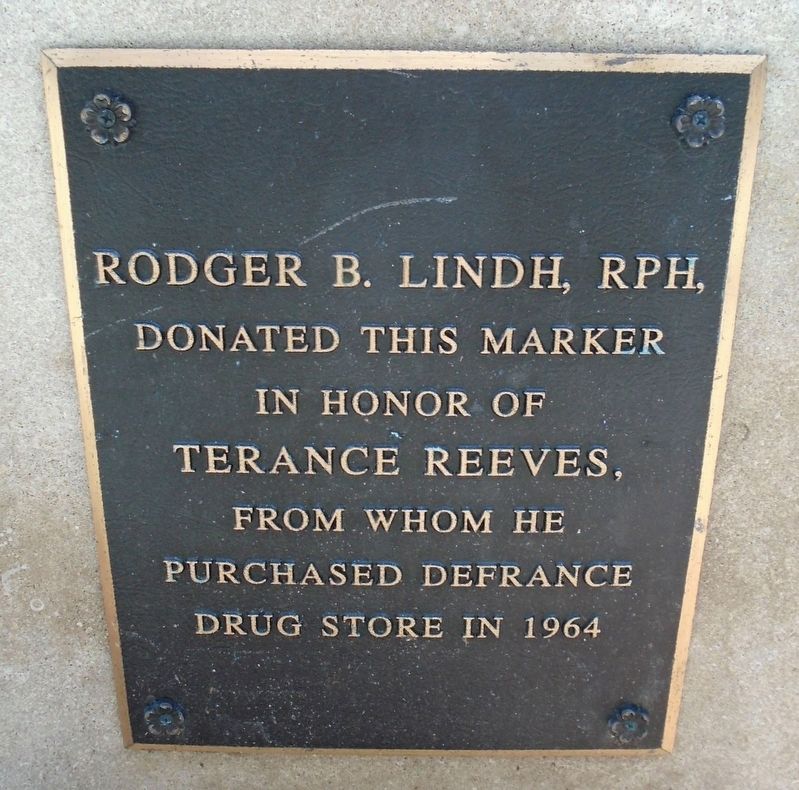 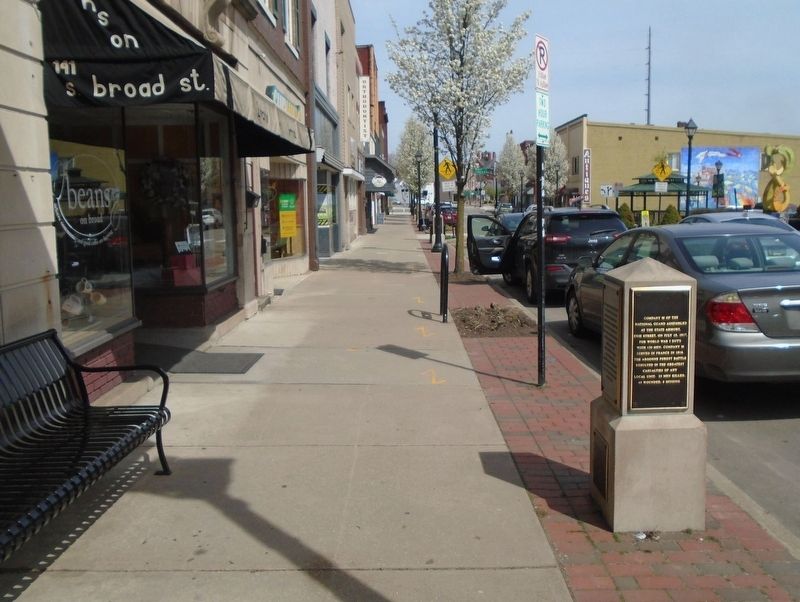