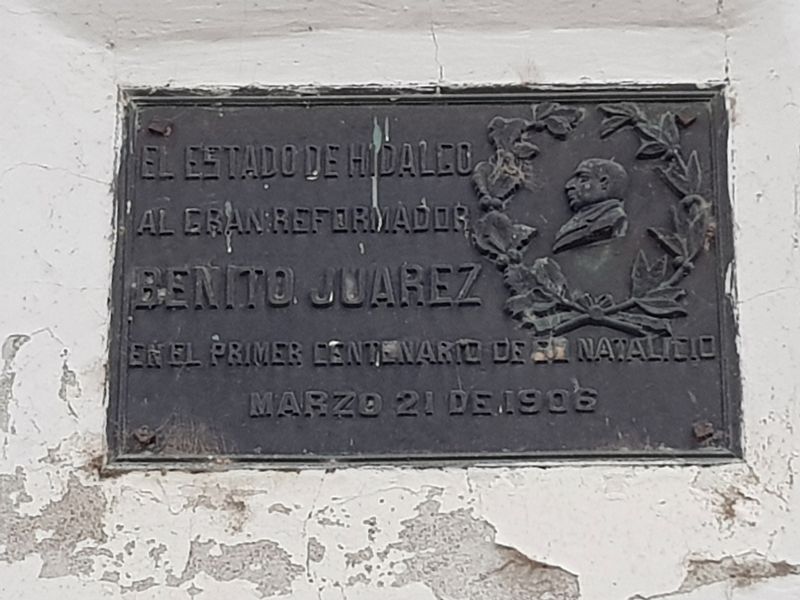 By J. Makali Bruton, April 2, 2021
1. Benito Juárez Marker
Inscription.
English translation: , The State of Hidalgo , To the Great Reformer , Benito Juárez , On the 100th anniversary of his birth , March 21, 1906 . This historical marker was erected in 1906 by El Estado de Hidalgo. It is in Ixmiquilpan in Municipality of Ixmiquilpan Hidalgo Mexico