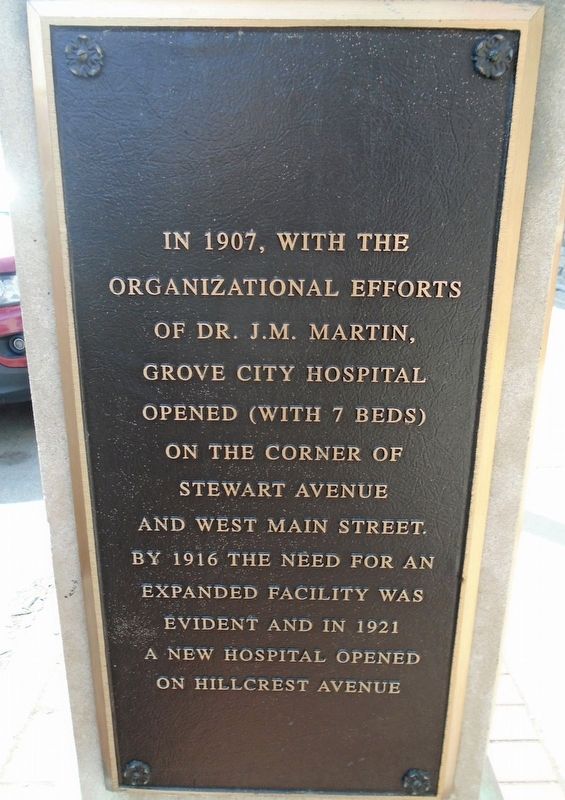 In 1907, with the organizational efforts of Dr. J.M. Martin, Grove City Hospital opened (with 7 beds) on the corner of Stewart Avenue and West Main Street. By 1916 the need for an expanded facility was evident and in 1921 a new hospital opened on Hillcrest Avenue

Erected by the Borough of Grove City and Edith Perry and Family.

Topics. This historical marker is listed in this topic list: Science & Medicine. A significant historical year for this entry is 1907.

Location. 41° 9.646′ N, 80° 5.182′ W. Marker is in Grove City, Pennsylvania, in Mercer County. Marker is on Broad Street (Pennsylvania Route 208) north of Pine Street, on the left when traveling north. Touch for map. Marker is at or near this postal address: 133 South Broad Street, Grove City PA 16127, United States of America. Touch for directions. 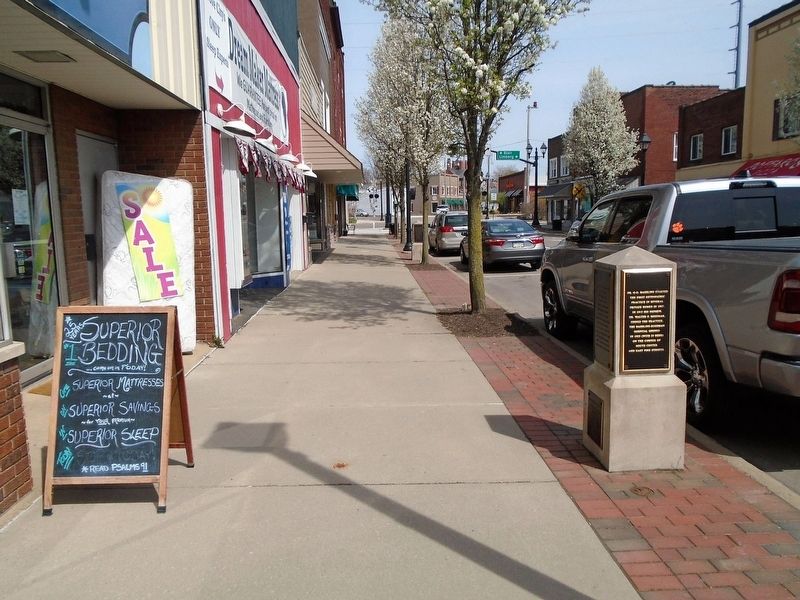