The Marker Honors The Memory Of The Second Germanna Colony, 1717 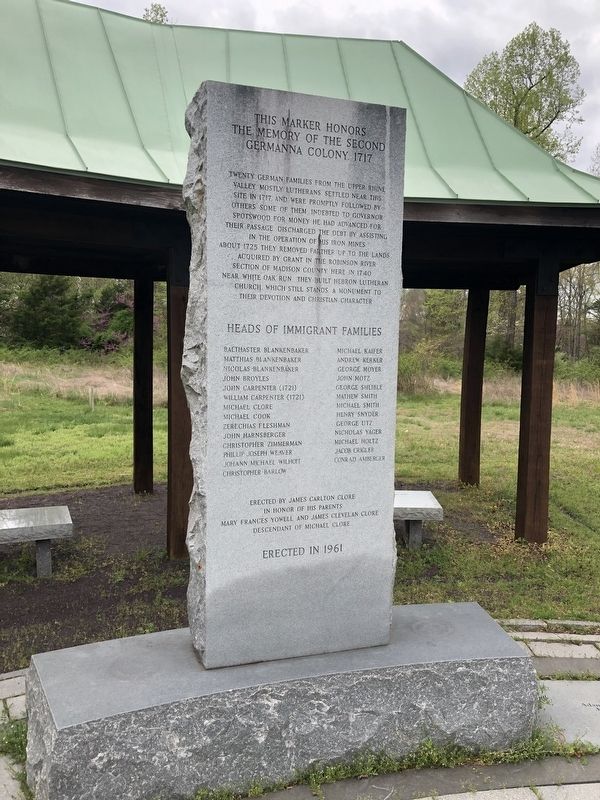 Twenty German families from the Upper Rhine Valley mostly Lutherans settled near this site in 1717, and were promptly followed by others some of them, indebted to Governor Spotswood for money he had advanced for their passage discharged the debt by assisting in the operation of his iron mines. About 1725 they removed farther up to the lands acquired by grant in the Robinson River section of Madison County. Here in 1740 near White Oak Run, they built Hebron Lutheran Church, which still stands, a monument to their devotion and Christian character.

Topics. This historical marker is listed in these topic lists: Churches & Religion • Colonial Era • Settlements & Settlers. A significant historical year for this entry is 1717.