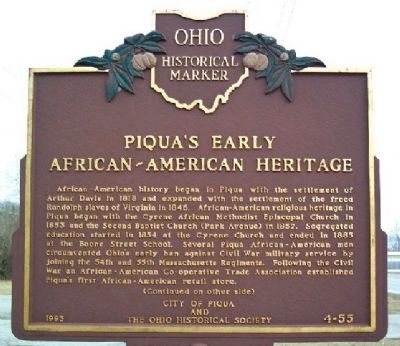 Side B: Goodrich Giles
Goodrich Giles (1846-1927) exemplified the enterprising spirit of the first African-American Co-operative Association. During his fifty plus years in Piqua he became the first local African-American to become a prominent employer (Cottage Livery Stable), to run for public office (election of 1886), and to become a large scale 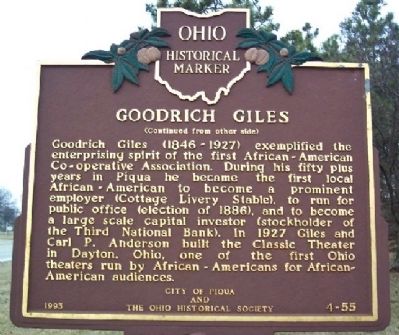 Click or scan to see
this page online
capital investor (stockholder of the Third National Bank). In 1927 Giles and Carl P. Anderson built the Classic Theater in Dayton, Ohio, one of the first Ohio theaters run by African-Americans for African-American audiences.

Erected 1993 by City of Piqua and The Ohio Historical Society. (Marker Number 4-55.)

Topics and series. This historical marker is listed in these topic lists: African Americans • Churches & Religion • Education • Entertainment • Government & Politics • Industry & Commerce • War, US Civil. In addition, it is included in the African Methodist Episcopal (AME) Church ⛪, and the Ohio Historical Society / The Ohio History Connection series lists. A significant historical year for this entry is 1818. 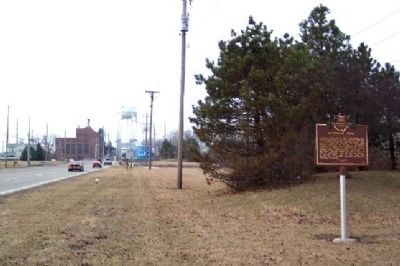 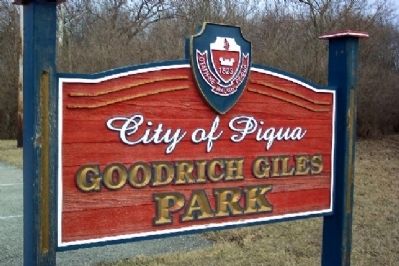