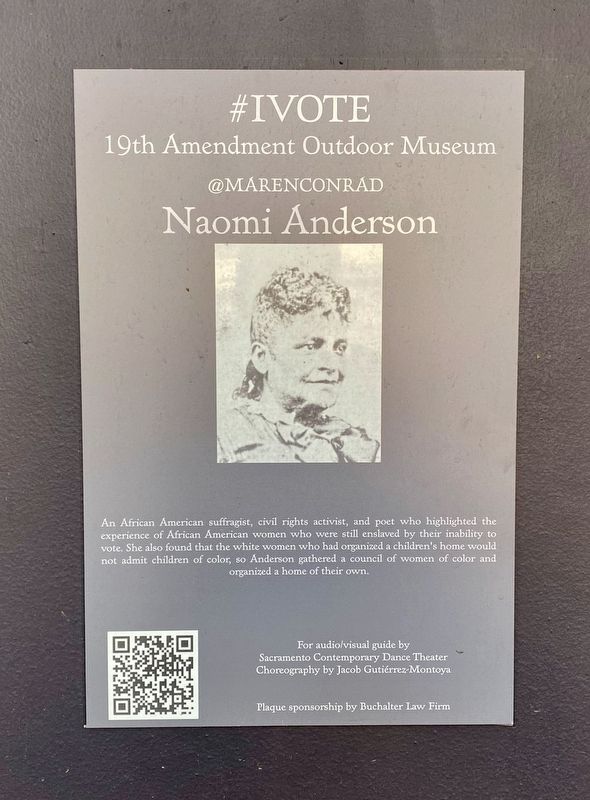 By Andrew Ruppenstein, April 20, 2021
1. Naomi Anderson Marker
Inscription.
Naomi Anderson. 19th Amendment Outdoor Museum. An African American suffragist, civil rights activist, and poet who highlighted the experience of African American women who were still enslaved by their inability to vote. She also found that the white women who had organized a children's home would not admit children of color, so Anderson gathered a council of women of color and organized a home of their own. . This historical marker was erected in 2020 by Maren Conrad. It is in Sacramento in Sacramento County California

Topics and series. This historical marker is listed in these topic lists: African Americans • Charity & Public Work • Civil Rights • Women. In addition, it is included in the Women's Suffrage 🗳️ series list.

Other nearby markers. At least 8 other markers are within walking distance of this marker. Sara Plummer Lemmon (here, next to this marker); Maria Guadalupe Evangelina de Lopez (here, 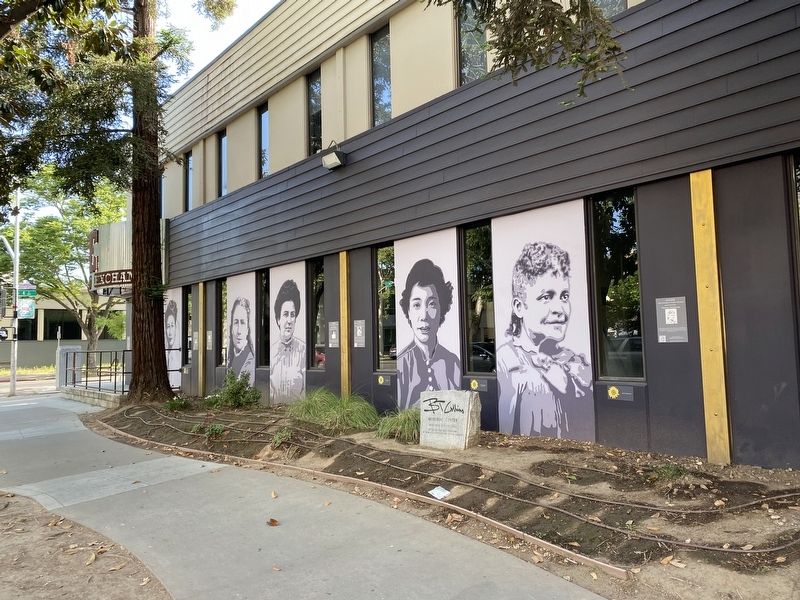 More about this marker. This is one of nineteen markers erected in 2020 as part of the "I Vote" project, honoring suffragettes and their work, and thus forming the 19th Amendment Outdoor Museum.

Also see . . .
1. Naomi Anderson (Wikpedia). "Naomi Bowman Talbert Anderson (March 1, 1843 – June 9, 1899) was an African American suffragist, temperance leader, civil rights activist, and writer who advocated for equal rights for all genders and races in the 1870s. She wrote poetry and gave speeches highlighting the experience of African American women who were still enslaved by their inability to vote, receiving considerable praise from other suffragists for her contributions to the movement." (Submitted on April 21, 2021.) 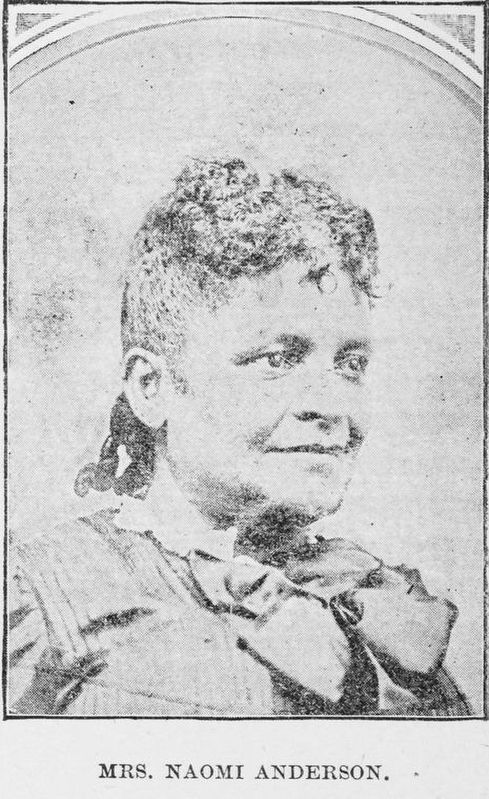