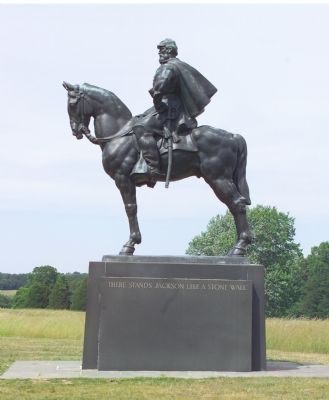 Erected 1940 by The State of Virginia.

Topics. This historical marker is listed in this topic list: War, US Civil. A significant historical date for this entry is July 21, 1812.

Location. 38° 48.837′ N, 77° 31.239′ W. Marker is near Manassas, Virginia, in Prince William County. Marker can be reached from Sudley Road (Virginia Route 234) 0.6 miles south of Lee Highway (U.S. 29), on the right when traveling north. The marker on the Henry House Hill trail, which starts at the Manassas National Battlefield Park visitor center. Touch for map. Marker is in this post office area: Manassas VA 20109, United States of America. Touch for directions. 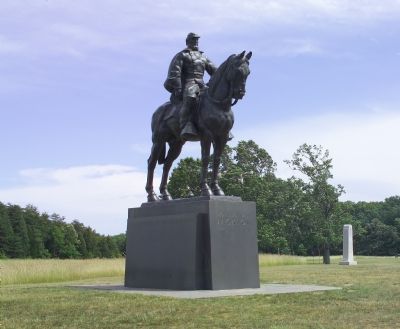 More about this marker. Monument stands in the approximate position General Jackson was holding at First Manassas. It was commissioned by the Virginia Conservation Commission when ownership of the site was transfered from Battlefield Confederate Park and Sons of Confederate Veterans to the United States.

Regarding Thomas Jonathan Jackson. It was General Bee who gave General Jackson his nickname “Stonewall Jackson”. General Bee's marker, nearby, tells the story.

2. There Stands Jackson. Excerpt from Lost Victories: The Military Genius of Stonewall Jackson, by Bevin Alexander. (Submitted on September 23, 2006.) 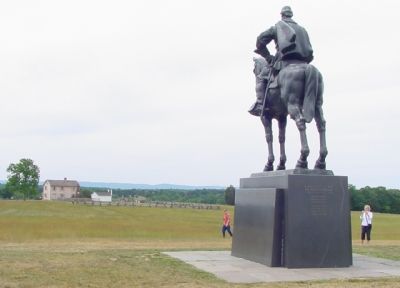 By J. J. Prats, June 10, 2006
3. An Imposing Monument
It is a large monument. The black stone used makes it visible summer and winter, almost alone in the large grassy rise of Henry Hill. The Henry House and the Union lines that were behind it are in the distance. 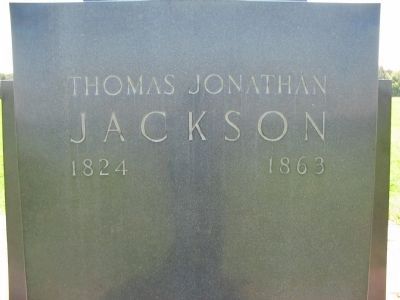 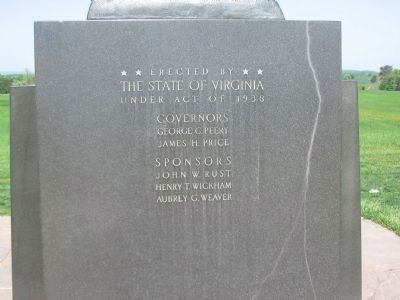 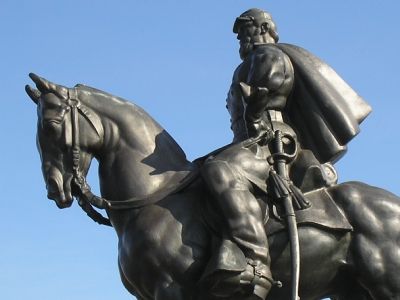 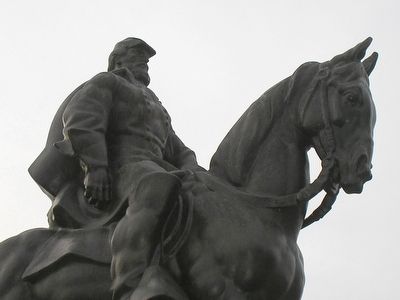