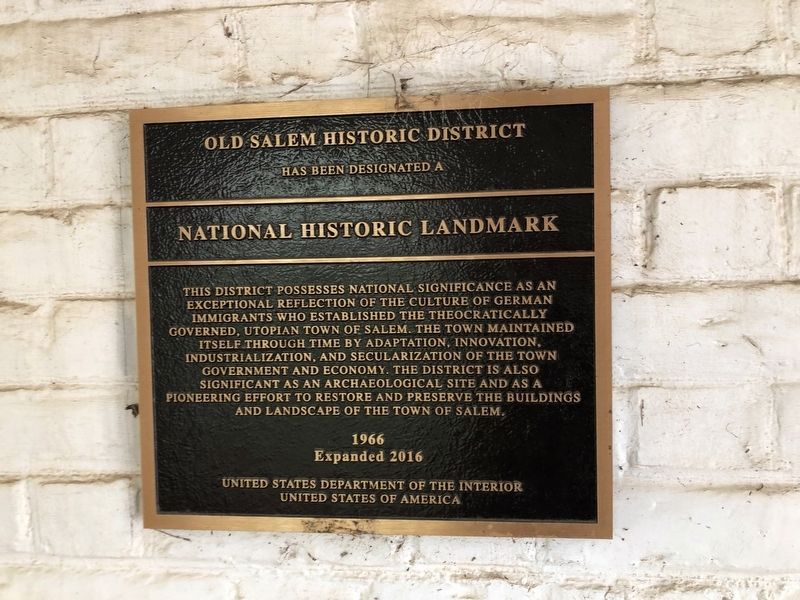 United States Department of the Interior United States of America . . This historical marker is in Winston-Salem in Forsyth County North Carolina

Old Salem Historic District
has been designated a
National Historic Landmark
This district possesses national significance as an exceptional reflection of the culture of German immigrants who established the theocratically governed, Utopian Town of Salem. The town maintained itself through time by adaptation, innovation, industrialization, and secularization of the town government and economy. The district is also significant as an archaeological site and as a pioneering effort to restore and preserve the buildings and landscape of the Town of Salem.
1966
Expanded 2016

Topics and series. This historical marker is listed in these topic lists: Churches & Religion • Colonial Era • Settlements & Settlers. In addition, it is included in the National Historic Landmarks series list. A significant historical year for this entry is 1966. 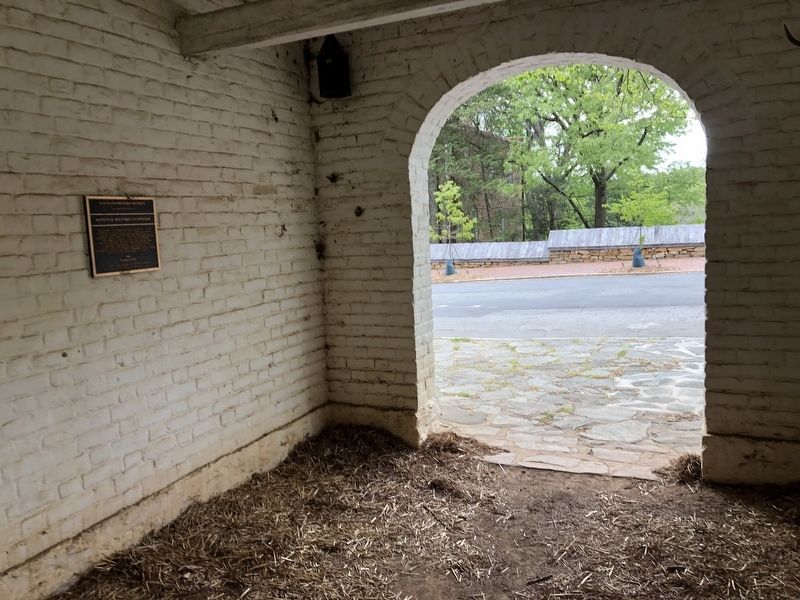 Click or scan to see
this page online
. Marker is on South Main Street just south of East Academy Street, on the left when traveling south. Touch for map. Marker is at or near this postal address: 649 S Main St, Winston Salem NC 27101, United States of America. Touch for directions.