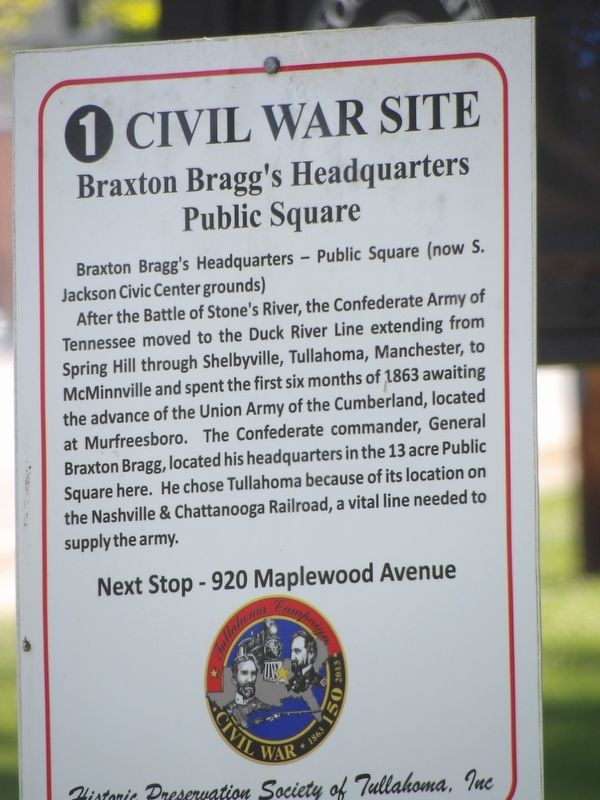 After the Battle of Stone's River, the Confederate Army of Tennessee moved to the Duck River Line extending from Spring Hill through Shelbyville, Tullahoma, Manchester, to McMinnville and spent the first six months of 1863 awaiting the advance of the Union Army of the Cumberland, located at Murfreesboro. The Confederate commander, General Braxton Bragg, located his headquarters in the 13-acre Public Square here. He chose Tullahoma because of its location on the Nashville & Chattanooga Railroad, a vital line needed to supply the army.

Topics. This historical marker is listed in this topic list: War, US Civil. A significant historical year for this entry is 1863. 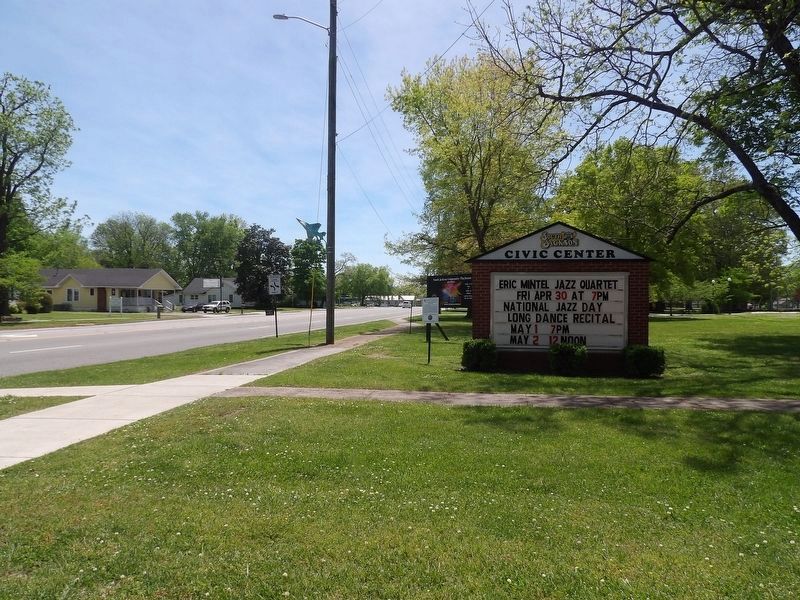 Photographed By Duane and Tracy Marsteller, May 1, 2021
2. Braxton Bragg's Headquarters Public Square Marker
Marker is left of the marquee sign.