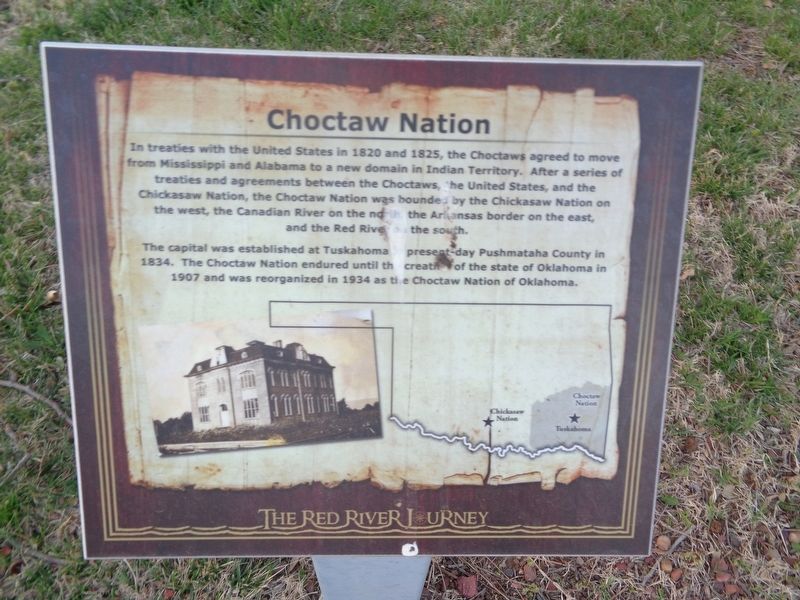 Topics. This historical marker is listed in these topic lists: Native Americans • Settlements & Settlers. A significant historical year for this entry is 1820.

Location. 35° 29.621′ N, 97° 29.84′ W. Marker is in Oklahoma City, Oklahoma, in Oklahoma County. Marker can be reached from Nazih Zuhdi Drive west of North Laird Avenue. Marker is part of the Red River Journey pathway, which is on the grounds of the Oklahoma History Center. Touch for map. Marker 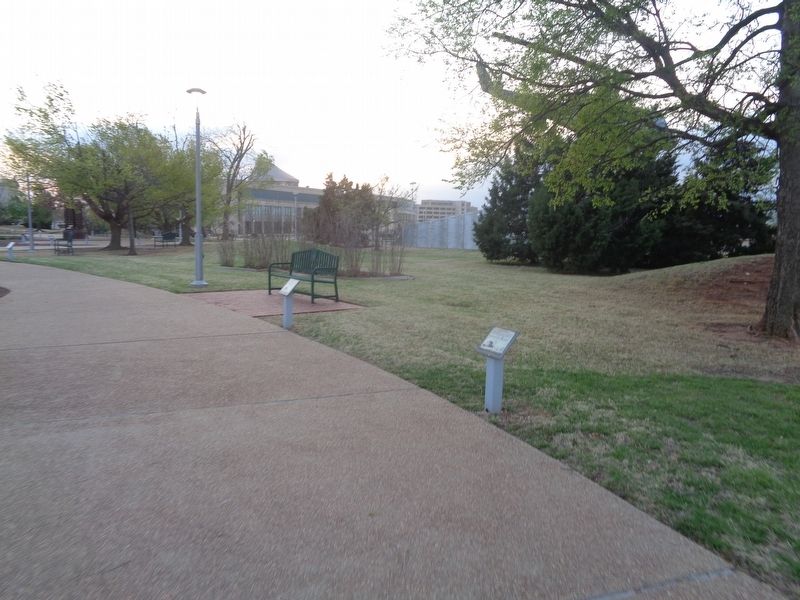 Photographed By Jason Voigt, April 9, 2021
2. Choctaw Nation Marker
Marker is on the right. Oklahoma History Center is in the background.

Click or scan to see
this page online
is at or near this postal address: 800 Nazih Zuhdi Drive, Oklahoma City OK 73105, United States of America. Touch for directions.