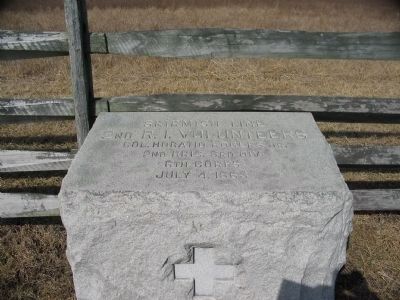 Location. 39° 48.588′ N, 77° 14.53′ W. Marker is near Gettysburg, Pennsylvania, in Adams County. Marker is on Emmitsburg Road (Business U.S. 15), on the right when traveling south. Located south of the Codori Farm in Gettysburg National Military Park. Touch for map. Marker is in this post office area: Gettysburg PA 17325, United States of America. Touch for directions. 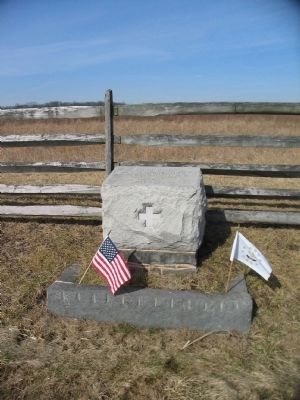 Related markers. Click here for a list of markers that are related to this marker. 2nd Rhode Island at Gettysburg.