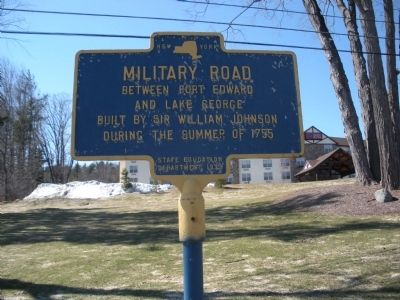 By John Farrell, March 24, 2009
1. Military Road Marker
Inscription.
Military Road built between Fort Edward and Lake George built by Sir William Johnson during the summer of 1755 . This historical marker was erected in 1939 by State Education Department. It is in Lake George in Warren County New York

Topics. This historical marker is listed in this topic list: War, French and Indian. 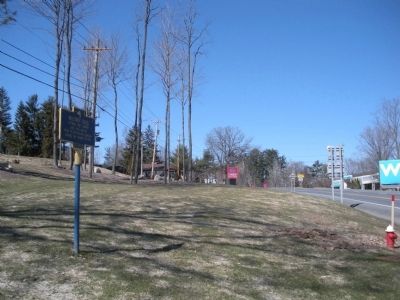