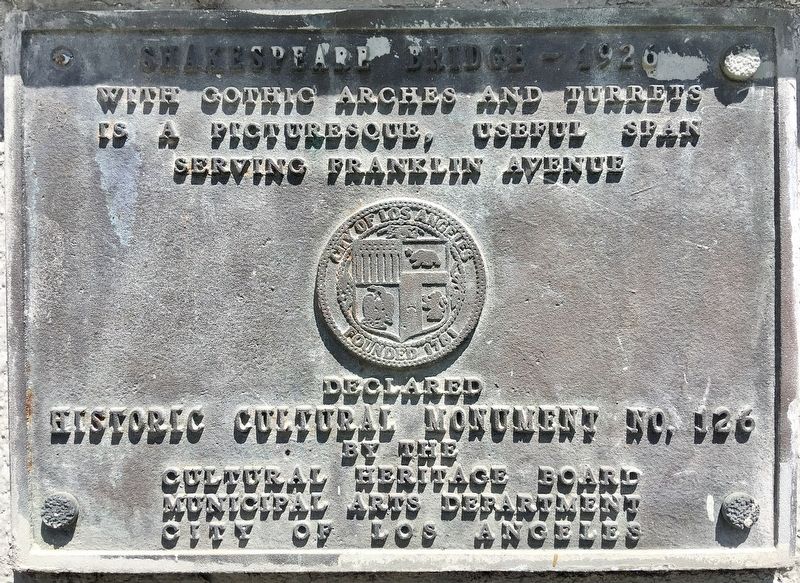 With Gothic arches and turrets
is a picturesque, useful span serving Franklin Avenue.
Declared Historic Cultural Monument No. 126 by the Cultural Heritage Board, Municipal Art Department, City of Los Angeles.

Topics and series. This historical marker is listed in these topic lists: Architecture • Roads & Vehicles. In addition, it is included in the City of Los Angeles Historic-Cultural Monuments series list. 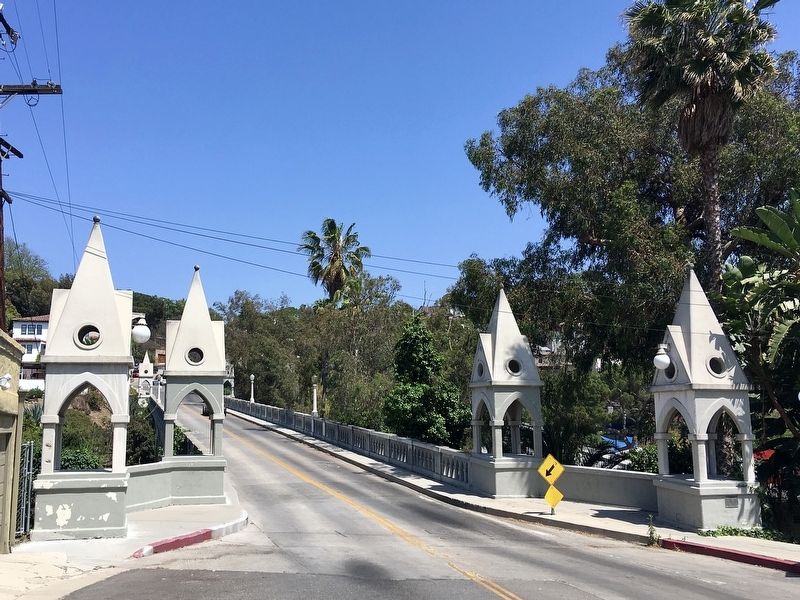 Photographed By Craig Baker, May 12, 2021
2. Shakespeare Bridge and Marker
The marker is at lower right.

Regarding Shakespeare Bridge. The bridge is made of concrete, and named after famous playwright William Shakespeare. It is 260 feet long and 30 feet wide. The bridge was rebuilt in 1998 due to concerns that the structure might not be stable in an earthquake. As part of the seismic retrofit, the deck, sidewalks, and railings were removed and reconstructed using reinforced concrete. All of the rebuilding was done in an effort to preserve the historic appearance of the bridge.

Located one block to the southwest is The Prospect Studios. Opened in 1913 as the Vitagraph Studios producing silent movies, it became Warner Brothers in 1927 and produced the first film with synchronized sound, The Jazz Singer. In 1948 it became ABC Television Center. Shows filmed here include General Hospital, Lawrence Welk, Barney Miller, and the original game shows Family Feud, Let’s Make A Deal, The Dating 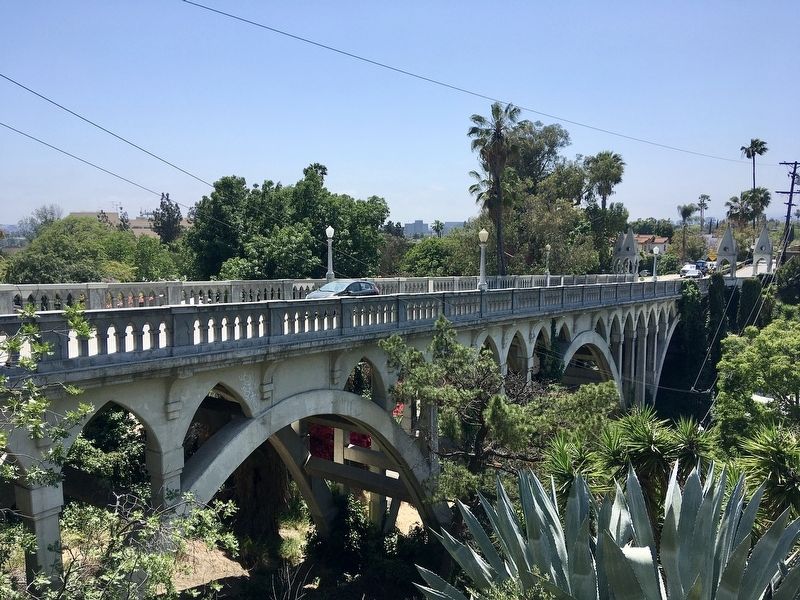 Photographed By Craig Baker, May 12, 2021
3. Shakespeare Bridge
Game, and The Newlywed Game. Today it is owned by Disney Studios.