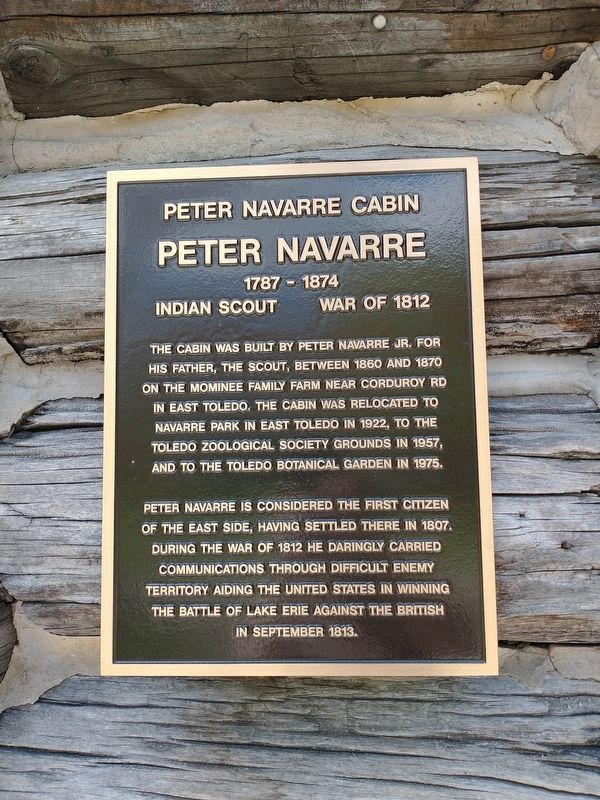 During the War of 18 12 he daringly carried communications through difficult enemy territory aiding the United States in winning the Battle of Lake Erie against the British in September 1813. . This historical marker is in Toledo in Lucas County Ohio

The cabin was built by Peter Navarre Jr. for his father, The Scout, between 1860 and 1870 on the Mominee Family Farm near Corduroy Rd in East Toledo. The cabin was relocated to Navarre Park in East Toledo in 1922, to the Toledo Zoological Society grounds in 1957, and to the Toledo Botanical Garden in 1975. Peter Navarre is considered the first citizen of the East Side, having settled there in 1807.

During the War of 1812 he daringly carried communications through difficult enemy territory aiding the United States in winning the Battle of Lake Erie against the British in September 1813.

Topics. This historical marker is listed in these topic lists: Parks & Recreational Areas • Settlements & Settlers • War of 1812. A significant historical month for this entry is September 1813.

Other nearby markers. At least 8 other markers are within walking distance of this marker. A different marker also named The Peter Navarre Cabin (here, next 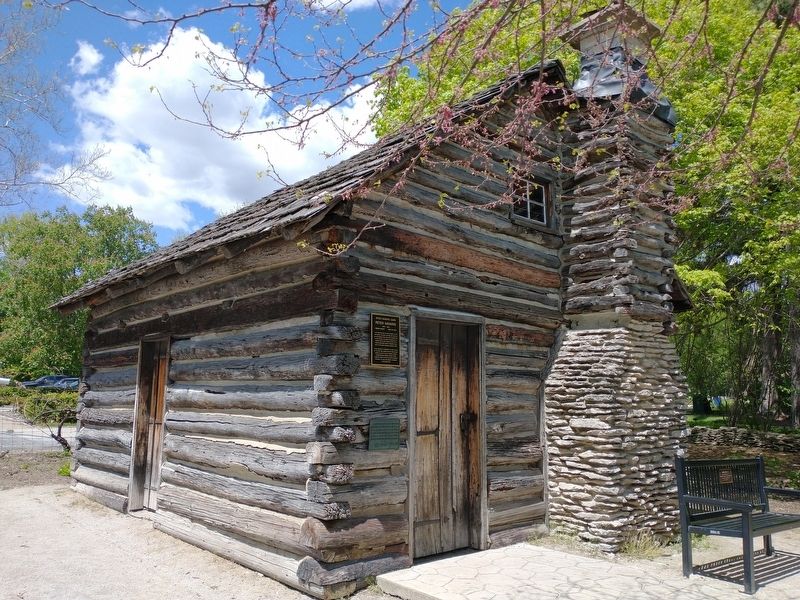 Click or scan to see
this page online
to this marker); Horticultural Heirlooms (a few steps from this marker); Elmer W. Hinkleman Rhododendron Gardens (about 600 feet away, measured in a direct line); Limousine Garage / Metroparks Hall (approx. 0.9 miles away); Horse Stables / Visitors Center (approx. 0.9 miles away); The Story of Stranleigh (approx. 0.9 miles away); Veterans Memorial Flag Pole (approx. one mile away); Ballroom / Riding Area (approx. one mile away). Touch for a list and map of all markers in Toledo.
Credits. This page was last revised on May 18, 2021. It was originally submitted on May 18, 2021, by TeamOHE of Napoleon, Ohio. This page has been viewed 90 times since then and 32 times this year. Photos:   1, 2. submitted on May 18, 2021, by TeamOHE of Napoleon, Ohio. • Devry Becker Jones was the editor who published this page.
Share this page.