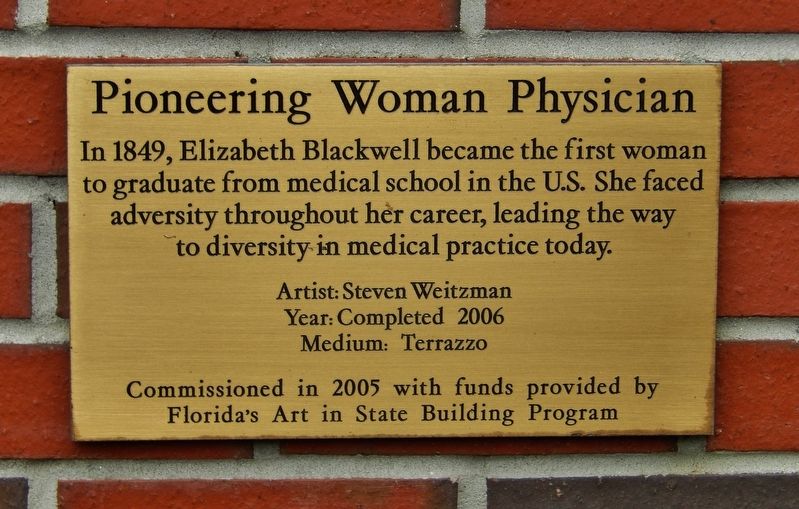 Photographed By Cosmos Mariner, May 2, 2021
1. Elizabeth Blackwell Marker
Inscription.
Elizabeth Blackwell. Pioneering Woman Physician. In 1849, Elizabeth Blackwell became the first woman to graduate from medical school in the U.S. She faced adversity throughout her career, leading the way to diversity in medical practice today.
Artist: Steven Weitzman , Year: Completed 2006 , Medium: Terrazzo, Commissioned in 2005 with funds provided by , Florida’s Art in State Building Program. . This historical marker was erected in 2006 by Florida's Art in State Building Program. It is in Tallahassee in Leon County Florida

In 1849, Elizabeth Blackwell became the first woman to graduate from medical school in the U.S. She faced adversity throughout her career, leading the way to diversity in medical practice today.
Artist: Steven Weitzman
Year: Completed 2006
Medium: Terrazzo

Topics. This historical marker is listed in these topic lists: Arts, Letters, Music • Science & Medicine • Women. A significant historical year for this entry is 1849.

Location. 30° 26.72′ N, 84° 18.315′ W. Marker is in Tallahassee, Florida, in Leon County. Marker can be reached from West Call Street east of Stadium Drive, on the right when traveling east. Marker is mounted beneath the Elizabeth Blackwell terrazzo mural on the north side of the Florida State University Medical School Research Building. Touch for map. Marker is at or near this postal address: 1115 West Call Street, Tallahassee FL 32304, United States of America. Touch for directions.

Other nearby markers. At least 8 other markers are within walking distance of this marker. Hippocrates (a few steps from this marker); Dr. John Gorrie 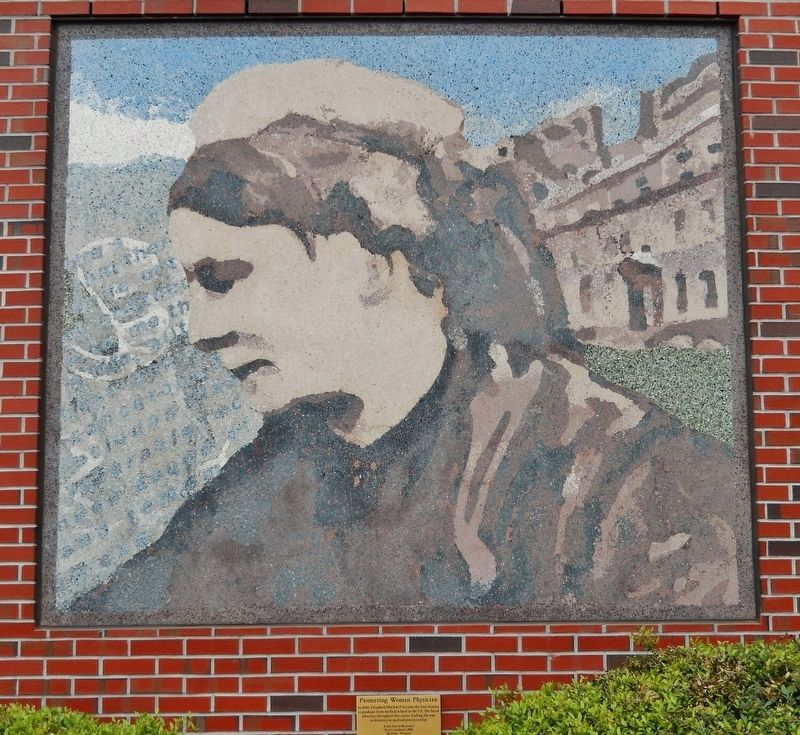 Also see . . .
1. Elizabeth Blackwell (Wikipedia). Elizabeth Blackwell was a British physician, notable as the first woman to receive a medical degree in the United States, and the first woman on the Medical Register of the General Medical Council. Blackwell played an important role in both the United States and the United Kingdom as a social awareness and moral reformer, and pioneered in promoting education for women in medicine. Her contributions remain celebrated with the Elizabeth Blackwell Medal, awarded annually to a woman who has made significant contribution to the promotion of women in medicine. (Submitted on May 24, 2021, by Cosmos Mariner of Cape Canaveral, Florida.) 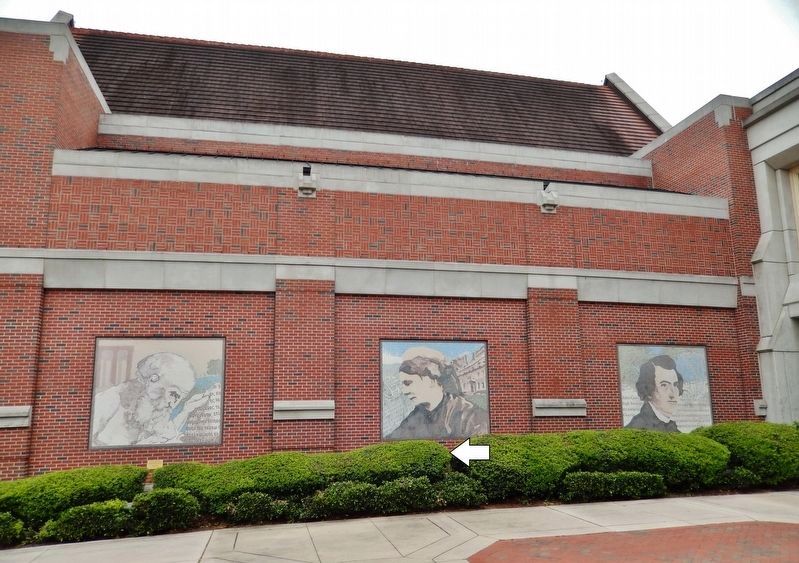 2. Dr. Elizabeth Blackwell. Blackwell applied to more than a dozen medical schools. She received several rejections before finally, in October 1847, an acceptance letter arrived from Geneva Medical College in upstate New York. Dr. Blackwell graduated in 1849 to great public interest and approval. In need of further training that was still not available in the United States, she studied for a few years in England and France. In the early 1850s, Dr. Blackwell returned to the United States and established the New York Infirmary for Indigent Women and Children (now New York-Presbyterian Lower Manhattan Hospital). (Submitted on May 24, 2021, by Cosmos Mariner of Cape Canaveral, Florida.)