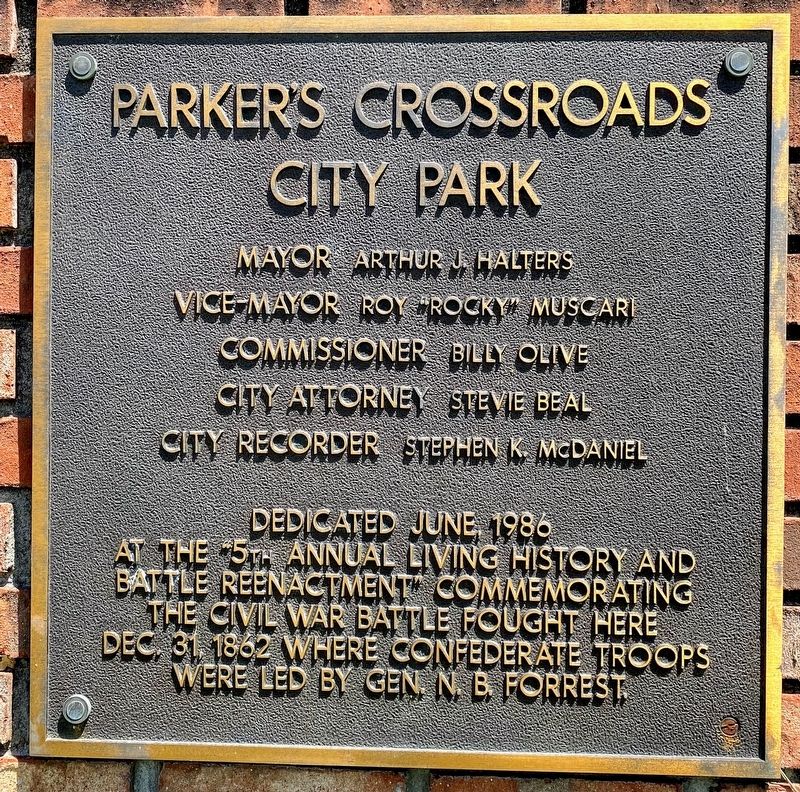 Topics. This memorial is listed in these topic lists: Parks & Recreational Areas • War, US Civil.

Location. 35° 47.847′ N, 88° 23.436′ W. Marker is in Parkers Crossroads, Tennessee, in Henderson County. Memorial is on Tennessee Route 22, 0.3 miles north of Wildersville Road, on the right when traveling north. The marker is located at the entrance to the Parkers Crossroads City Park, across the entrance road from the "Parker's Crossroads" Tennessee Historical Commission marker 4D-14. Touch for map. Marker is at or near this postal address: 21778 TN-22, Wildersville TN 38388, United States of America. Touch for directions.

Other nearby markers. At least 8 other markers are within walking distance of this marker. Parker's Crossroads (a few steps from this marker); Freeman's Battery 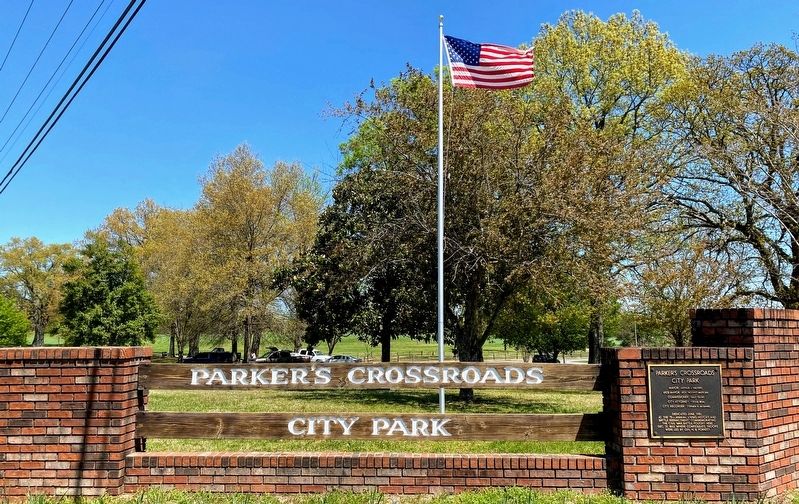