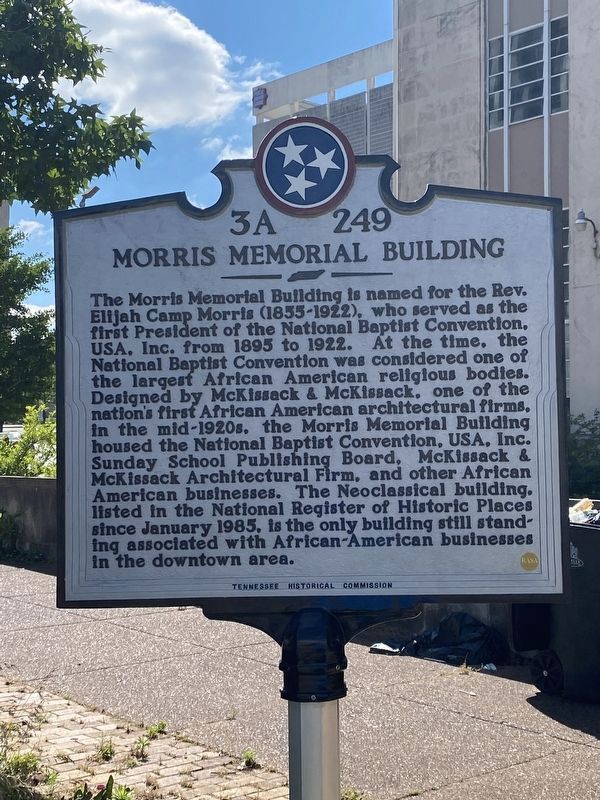 Morris Memorial Building. The Morris Memorial Building is named for the Rev. Elijah Camp Morris (1855-1922), who served as the first President of the National Baptist Convention, USA, Inc. from 1895 to 1922. At the time, the National Baptist Convention was considered one of the largest African American religious bodies. Designed by McKissack & McKissack, one of the nation's first African American architectural firms, in the mid-1920s, the Morris Memorial Building housed the National Baptist Convention, USA, Inc. Sunday School Publishing Board, McKissack & McKissack Architectural Firm, and other African American businesses. The Neoclassical building, listed in the National Register of Historic Places since January 1985, is the only building still standing associated with African-American businesses in the downtown area. 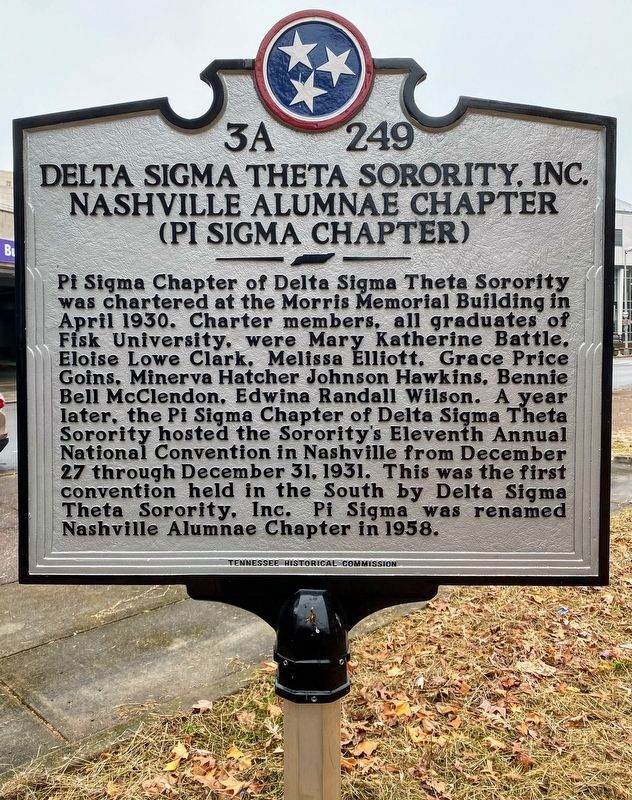 Topics and series. This historical marker is listed in these topic lists: African Americans • Architecture • Churches & Religion • Fraternal or Sororal Organizations • Women. In addition, it is included in the Historically Black Colleges and Universities, and the Tennessee Historical Commission series lists. A significant historical year for this entry is 1895. 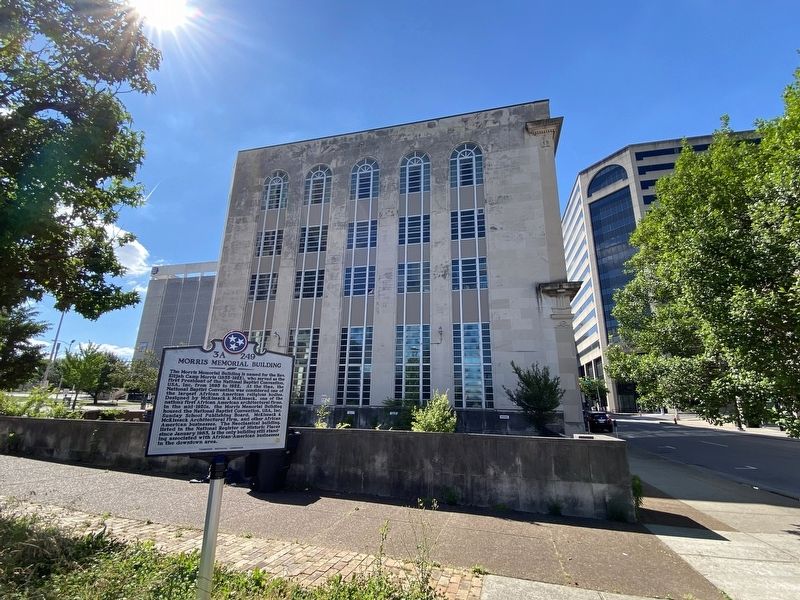 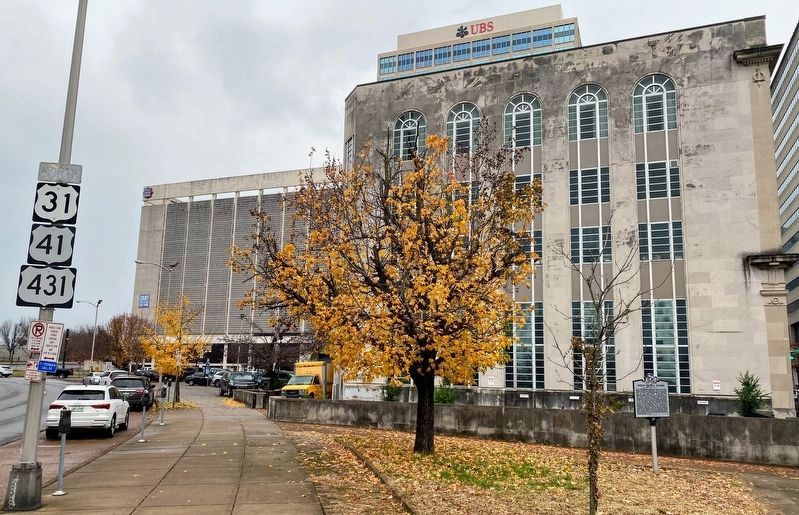 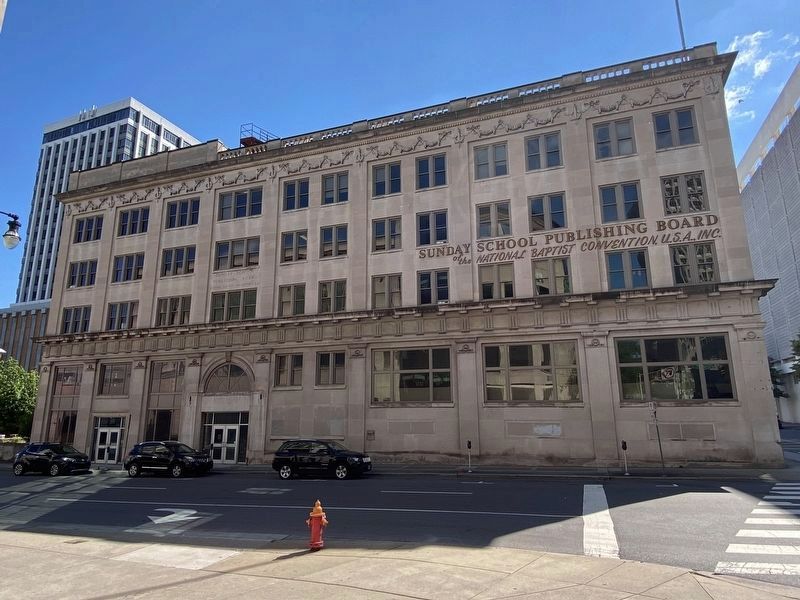