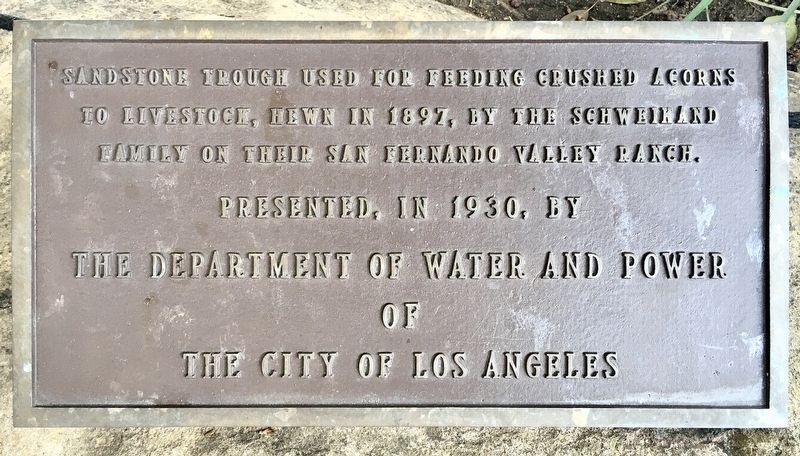 Sandstone trough used for feeding crushed acorns to livestock, hewn in 1897, by the Schweikand family on their San Fernando Valley ranch.

Presented in 1930 by the Department of Water and Power of the City of Los Angeles.

Topics. This historical marker is listed in these topic lists: Agriculture • Animals. A significant historical year for this entry is 1897. 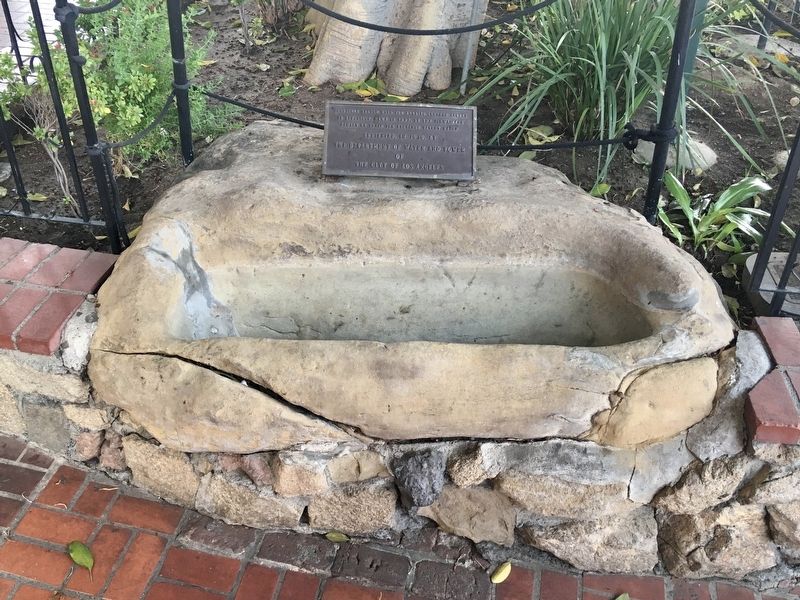 Regarding Sandstone Trough. In 1897, a drought caused the Schweikhard family to search for extra food for the horses on their 37-acre ranch in Chatsworth. They noticed that the pigs liked the acorns under the oak trees, so August Schweikhard suggested that the horses would eat them too if the shells were broken. The family used a dull hatchet to cut out a trough in a sandstone boulder located in the horse corral. The kids would gather acorns and put them in the trough and mash them up. In 1912, when the City bought the ranch for the Chatsworth Reservoir, the DWP relocated the trough to Olvera Street. The original marker read: “Water trough hewn by the Mission Indians in the year eighteen hundred and twenty. Presented by the Department of Water and Power of the City of Los Angeles, 1930.” Today’s marker has the name Schweikhard misspelled as Schweikand. Part of their original ranch is now Chatsworth Oaks Park, located at 9301 Valley Circle Blvd. 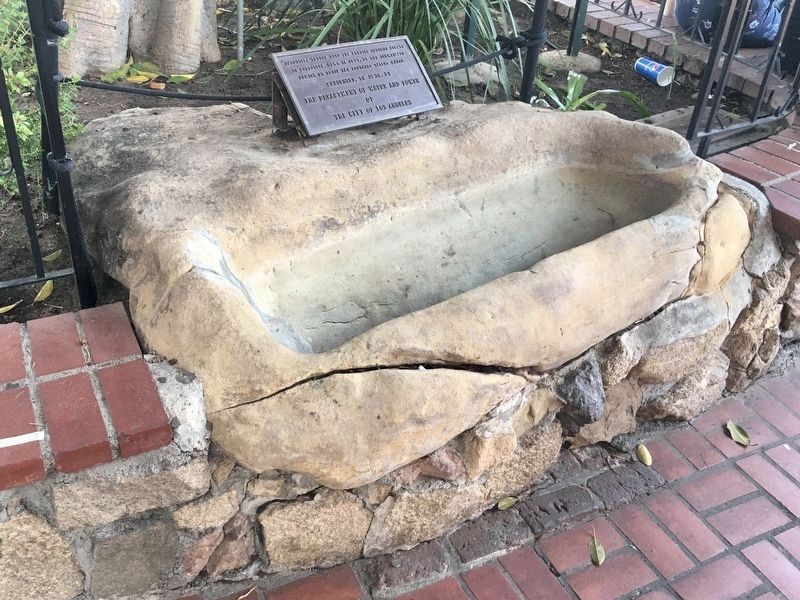