North Fork of the Red River 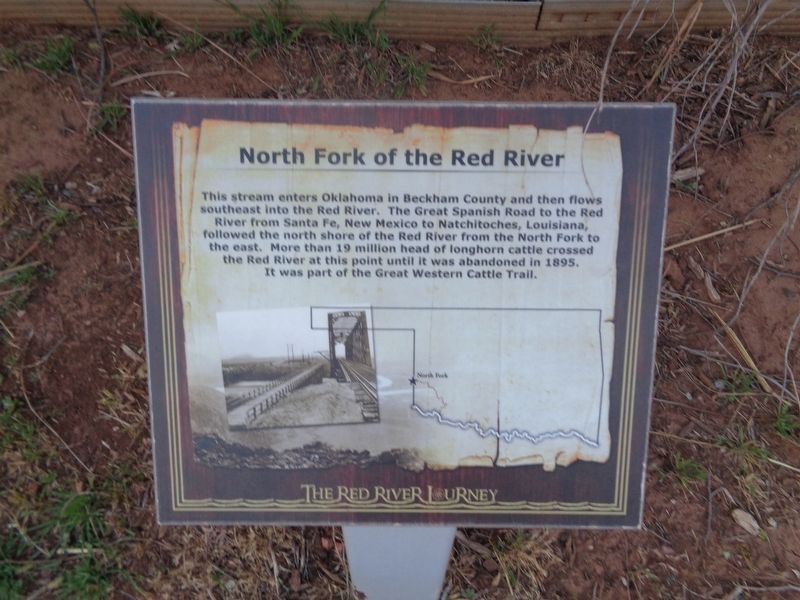 This stream enters Oklahoma in Beckham County and then flows southeast into the Red River. The Great Spanish Road to the Red River from Santa Fe, New Mexico to Natchitoches, Louisiana, followed the north shore of the Red River from the North Fork to the east. More than 19 million herd of longhorn cattle crossed the Red River at this point until it was abandoned in 1895. It was part of the Great Western Cattle Trail.

Topics. This historical marker is listed in these topic lists: Animals • Roads & Vehicles • Waterways & Vessels. A significant historical year for this entry is 1895. 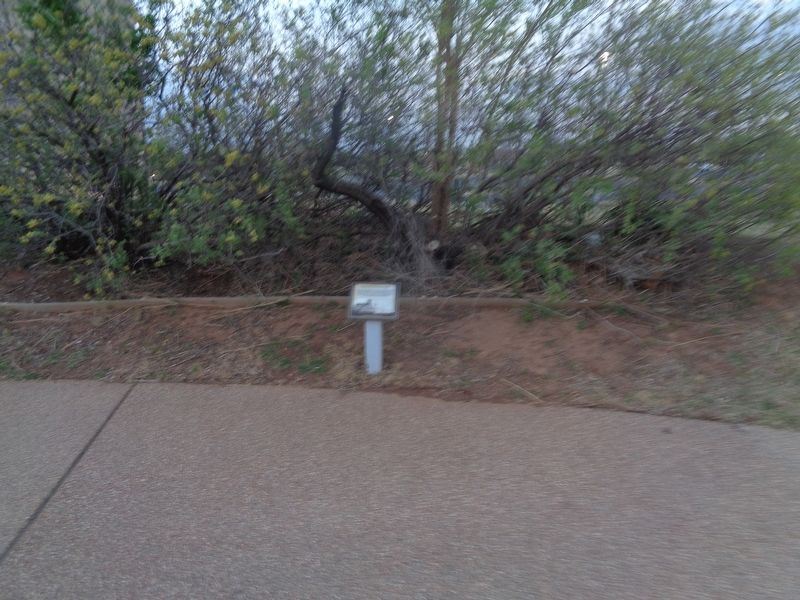