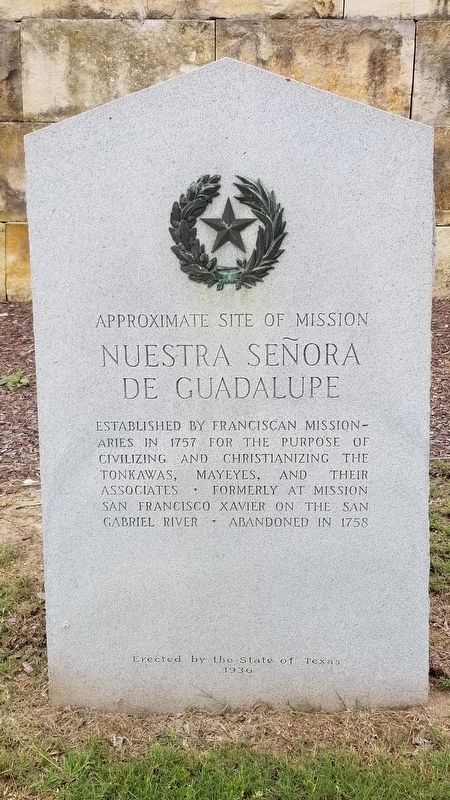 Established by Franciscan Missionaries in 1757 for the purpose of civilizing and christianizing the Tonkawas, Mayeyes, and their associates • Formerly at Mission San Francisco Xavier on the San Gabriel river • Abandoned in 1758

Topics. This historical marker is listed in these topic lists: Churches & Religion • Native Americans. A significant historical year for this entry is 1757. 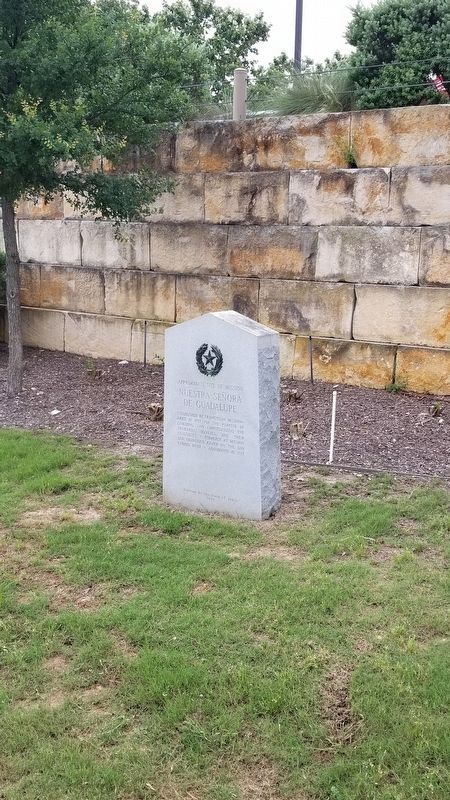 Also see . . .  Spanish missions in Texas. The Spanish Missions in Texas comprise a series of religious outposts established by Spanish Catholic Dominicans, Jesuits, and Franciscans to spread the Catholic doctrine among area Native Americans, but with the added benefit of giving Spain a toehold in the frontier land. The missions introduced European livestock, fruits, vegetables, and industry into the Texas area. In addition to the presidio (fortified church) and pueblo (town), the misión was one of the three major agencies employed by the Spanish crown to extend its borders and consolidate its colonial territories. In all, twenty-six missions were maintained for different lengths of time within the future boundaries of the state of Texas. (Submitted on June 4, 2021, by James Hulse of Medina, Texas.) 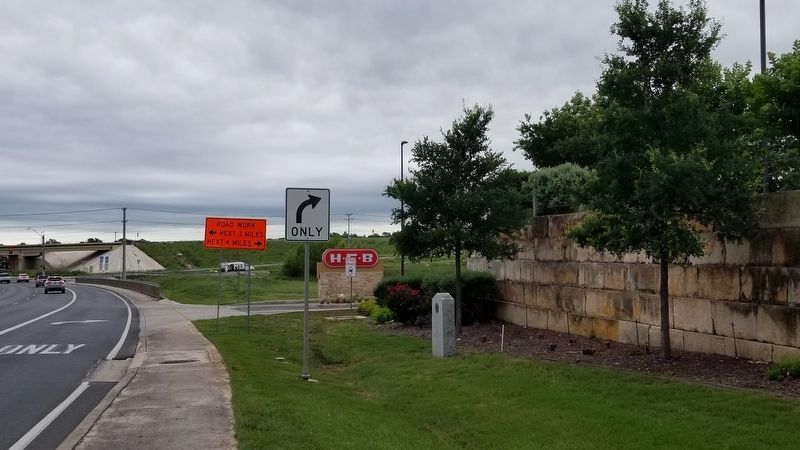