The Jón Forseti RE 108 Accident 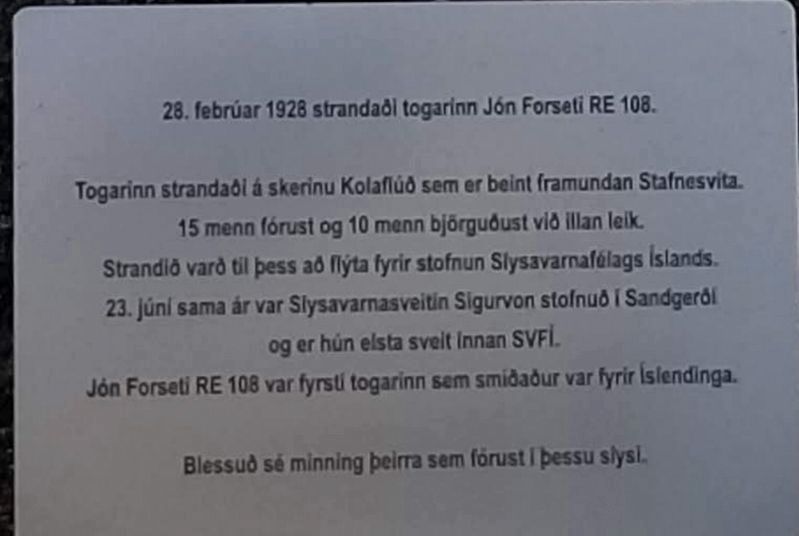 Photographed By James Hulse, September 12, 2019
1. The Jón Forseti RE 108 Accident Marker
Inscription.
(English translation:) On February 28, 1928, the trawler Jón Forseti RE 108 ran aground., The trawler ran aground on the cut Kolaflúð which is directly in front of Stafnes lighthouse. 15 people died and 10 people were saved with difficulty. The stranding accelerated the establishment of the Icelandic Accident Prevention Association. On June 23 of the same year, the Accident Prevention Squad Sigurvon was established in Sandgerði and is the oldest group within SVFI. The Jón Forseti RE 108 was the first trawler built for Icelanders. , Blessed be the memory of those who perished in this accident. . This historical marker is Near Suðurnesjabær Suðurnes Iceland