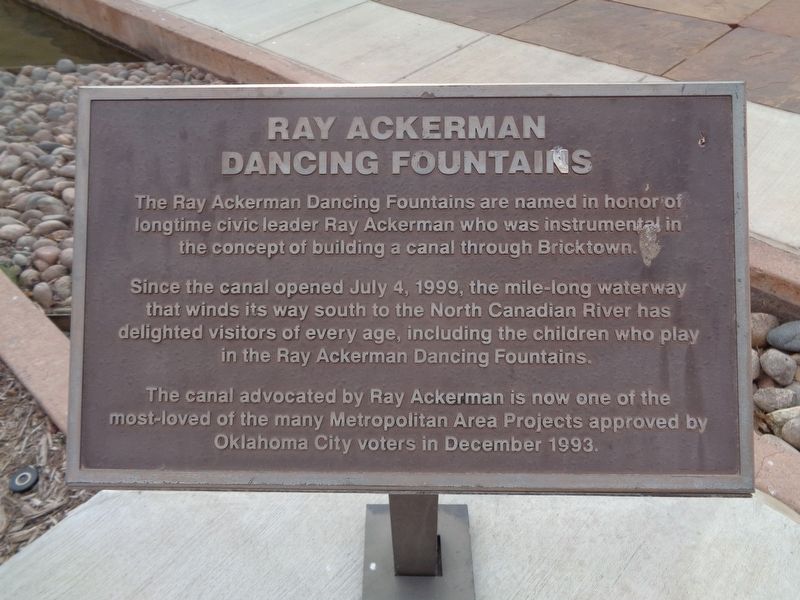 The Ray Ackerman Dancing Fountains are named in honor of longtime civic leader Ray Ackerman who was instrumental in the concept of building a canal through Bricktown.

Since the canal opened July 4, 1999, the mile-long waterway that winds its way south to the North Canadian River has delighted visitors of every age, including the children who play in the Ray Ackerman Dancing Fountains.

The canal advocated by Ray Ackerman is now one of the most-loved of the many Metropolitan Area Projects approved by Oklahoma City voters in December 1993.

Topics. This historical marker is listed in these topic lists: Parks & Recreational Areas • Waterways & Vessels. A significant historical date for this entry is July 4, 1999. 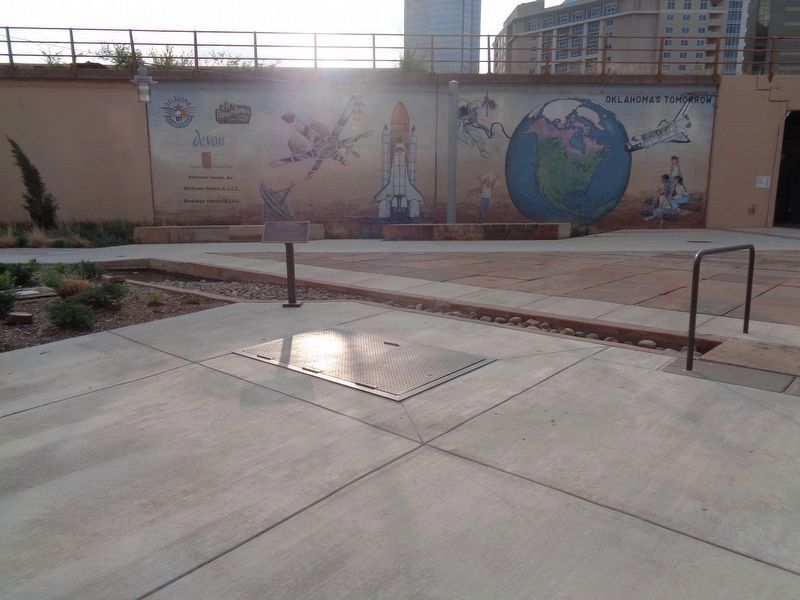 By Jason Voigt, April 9, 2021
2. Ray Ackerman Dancing Fountains Marker
The fountains were not in operation at the time of my visit