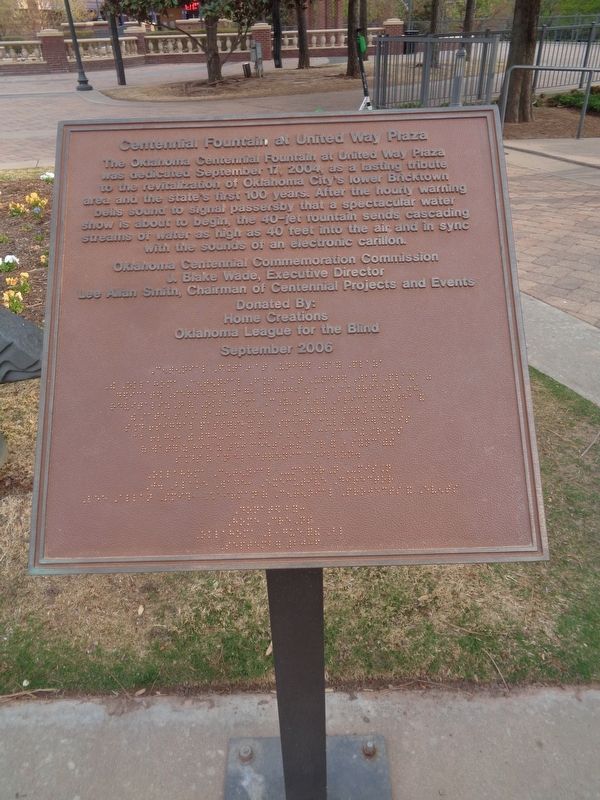 The Oklahoma Centennial Fountain at United Way Plaza was dedicated September 17, 2004, as a lasting tribute to the revitalization of Oklahoma City's lower Bricktown area and the state's first 100 years. After the hourly warning bells sound to signal passersby that a spectacular water show is about to begin, the 40-jet fountain sends cascading streams of water as high as 40 feet into the air, and in sync with the sounds of an electronic carillon.

Topics. This historical marker is listed in these topic lists: Entertainment • Parks & Recreational Areas. A significant historical date for this entry is September 17, 2004. 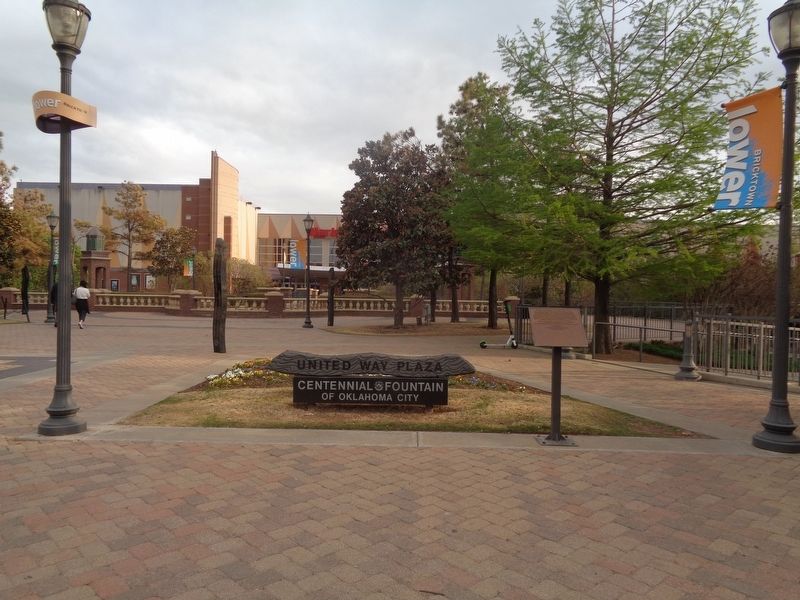