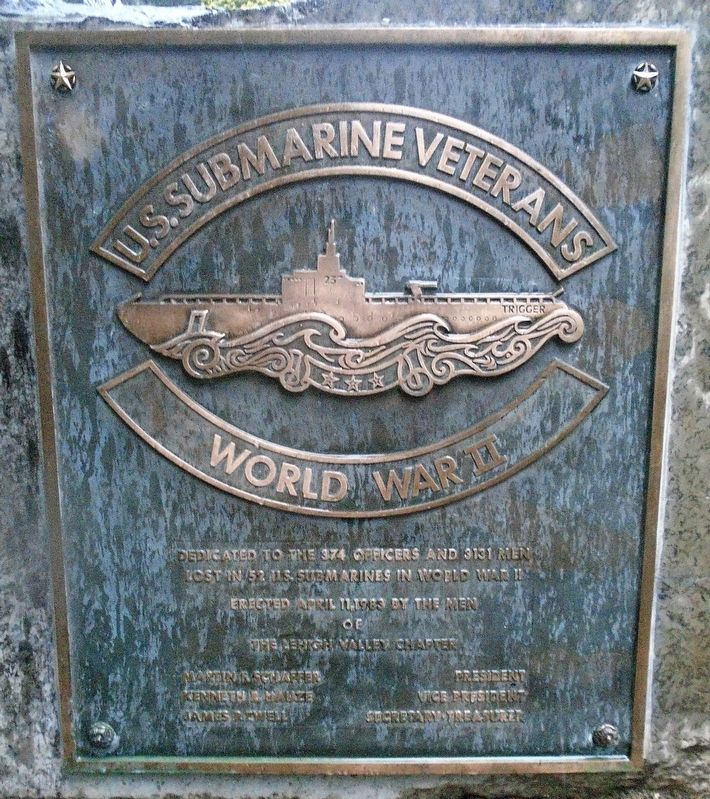 Erected April 11, 1983. . This memorial was erected in 1983 by the Men of the Lehigh Valley Chapter. It is in Allentown in Lehigh County Pennsylvania

Erected 1983 by the Men of the Lehigh Valley Chapter.

Topics and series. This memorial is listed in these topic lists: Patriots & Patriotism • War, World II • Waterways & Vessels. In addition, it is included in the Still On Patrol series list.

Location. 40° 35.967′ N, 75° 29.39′ W. Marker is in Allentown, Pennsylvania, in Lehigh County. Memorial is near the east boundary of West Park, about 200 feet north of the intersection of Linden and Fulton Streets. Touch for map. Marker is in this post office area: Allentown PA 18102, United States of America. Touch for directions. 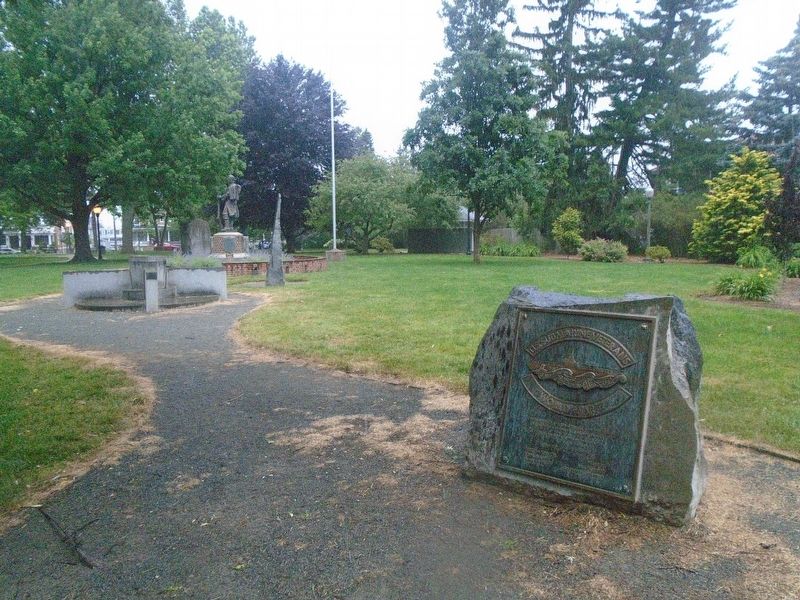