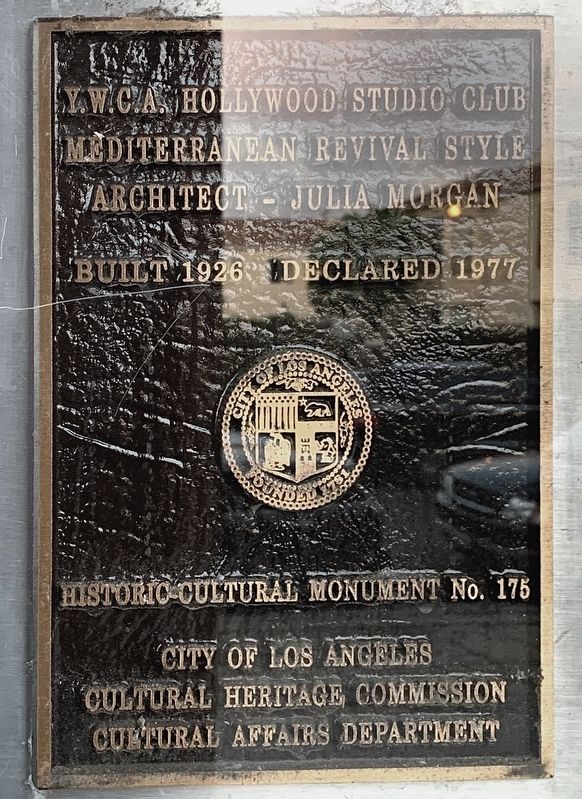 Topics and series. This historical marker is listed in these topic lists: Architecture • Entertainment • Fraternal or Sororal Organizations • Women. In addition, it is included in the City of Los Angeles Historic-Cultural Monuments series list. A significant historical year for this entry is 1926. 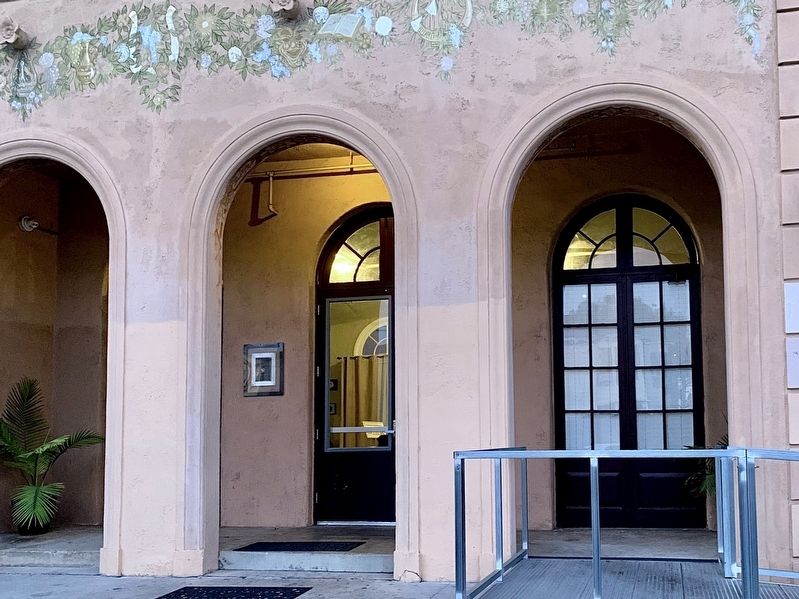 Regarding YWCA Hollywood Studio Club. This club was a chaperoned dormitory, sometimes referred to as a sorority, for young women involved in the motion picture business, from 1916 to 1975. It housed some 10,000 women during its 59-year existence, including Marilyn Monroe, Ayn Rand, Donna Reed, Kim Novak, Maureen O'Sullivan, Rita Moreno, Barbara Eden, ZaSu Pitts, Sally Strothers, and Sharon Tate. Noted California architect Julia Morgan also designed Hearst Castle. The Studio Club closed in 1975, and the building is still owned by the YWCA. It was listed in the National Register of Historic Places in 1979. 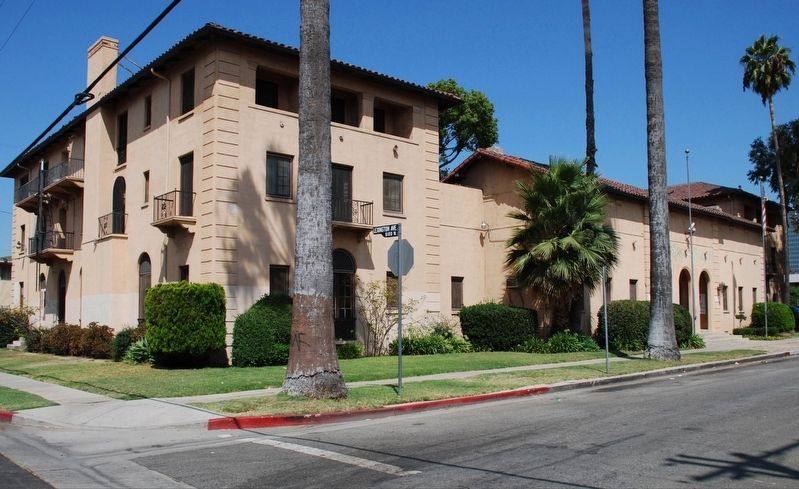