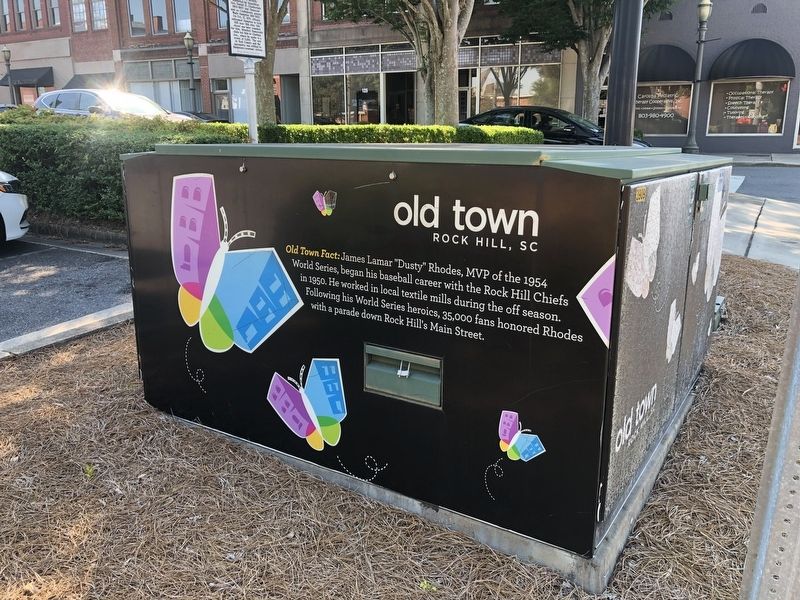 James Lamar "Dusty" Rhodes, MVP of the 1954 World Series, began his baseball career with the Rock Hill Chiefs in 1950. He worked in local textile mills during the off season. Following his World Series heroics, 35,000 fans honored Rhodes with a parade down Rock Hill's Main Street.

Topics. This historical marker is listed in these topic lists: Industry & Commerce • Notable Events • Sports. A significant historical year for this entry is 1954.