The First Society of Unitarian Christians in Philadelphia 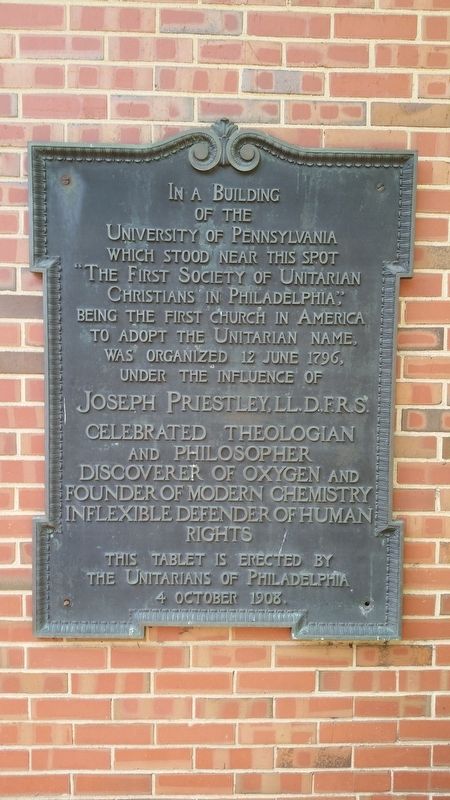 In a building of the University of Pennsylvania which stood near this spot "The First Society of Unitarian Christians in Philadelphia," being the first church in America to adopt the Unitarian name, was organized 12 June 1796, under the influence of Joseph Priestly, LL.D., F.R.S., celebrated theologian and philosopher, discoverer of oxygen and founder of modern chemistry, inflexible defender of human rights.

Erected 1908 by Unitarians of Philadelphia.

Topics and series. This historical marker is listed in these topic lists: Churches & Religion • Education • Science & Medicine. In addition, it is included in the Unitarian Universalism (UUism) series list. A significant historical date for this entry is June 12, 1796. 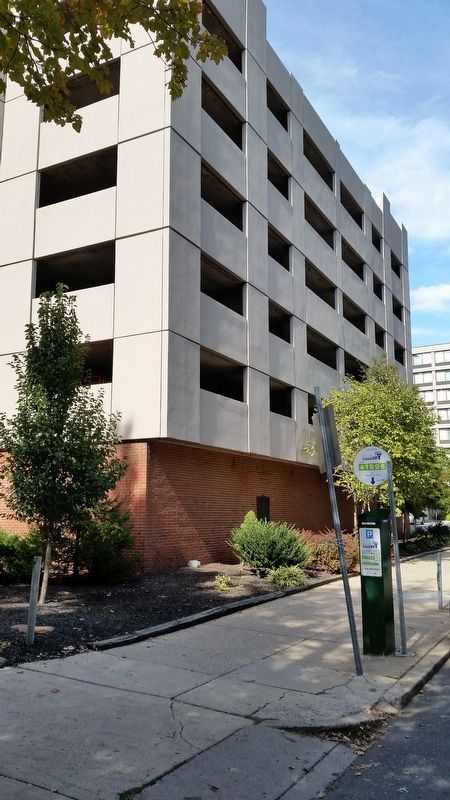