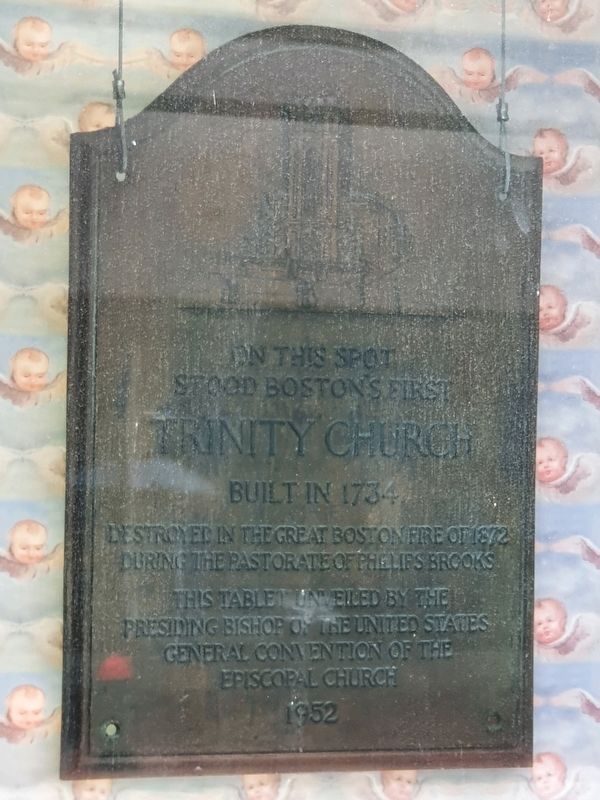 On this spot stood Boston’s first
Trinity Church
Built in 1734.

Destroyed in the Great Boston Fire of 1872, during the pastorate of Phillips Brooks.

Erected 1952 by Presiding Bishop of the United States General Convention of the Episcopal Church.

Topics. This historical marker is listed in these topic lists: Churches & Religion • Colonial Era • Disasters. A significant historical year for this entry is 1734.

Location. 42° 21.316′ N, 71° 3.596′ W. Marker is in Boston, Massachusetts, in Suffolk County. Marker is on Summer Street east of Washington Street, on the left when traveling east. Touch for map. Marker is in this post office area: Boston MA 02110, United States of America. Touch for directions. 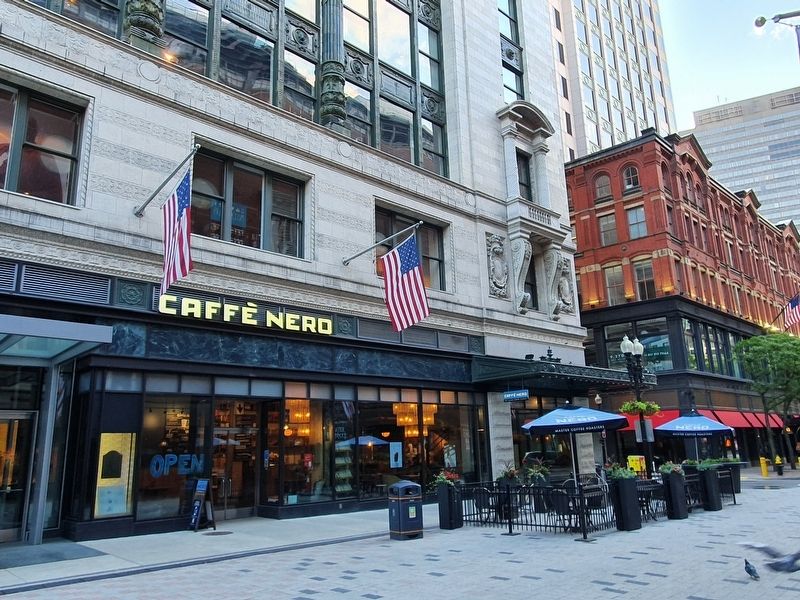 By J. Makali Bruton, June 13, 2021
2. Trinity Church Marker
The Trinity Church markers have been placed in a small enclosure as part of a coffee shop on the church's previous site. 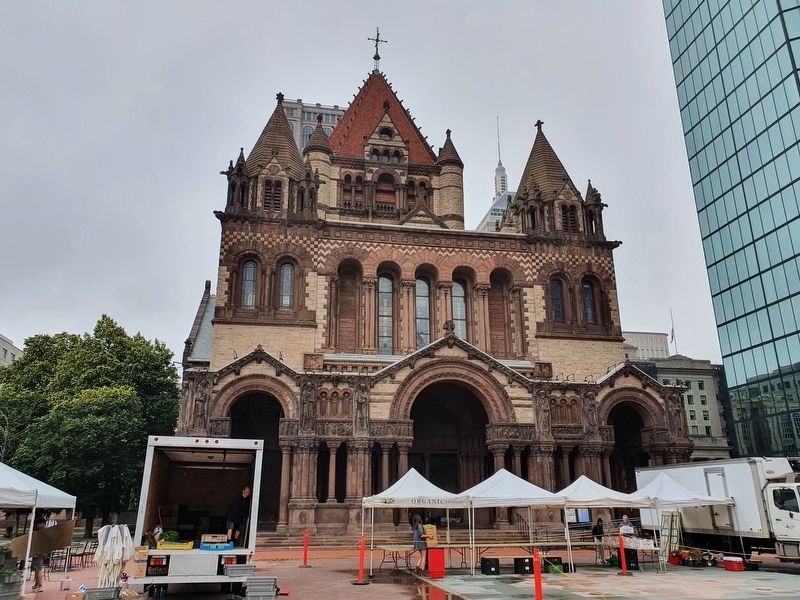