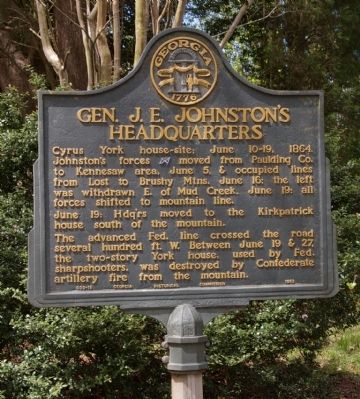 June 19: Hdq’rs moved to the Kirkpatrick house south of the mountain.

The advanced Fed. line crossed the road several hundred ft. W. Between June 19 & 27, the two-story York house, used by Fed. sharpshooters, was destroyed by Confederate artillery fire from the mountain.

Topics and series. This historical marker is listed in this topic list: War, US Civil. In addition, it is included in the Georgia Historical Society series list. A significant historical date for this entry is June 10, 1874. 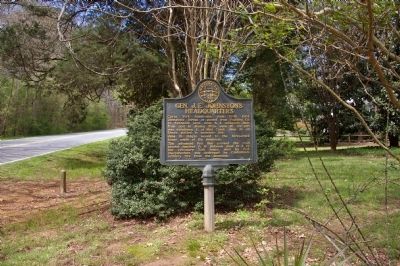 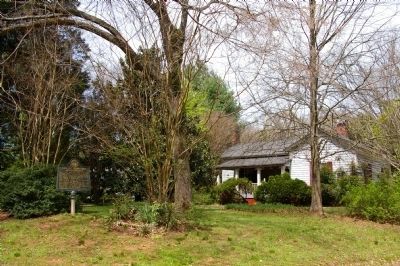