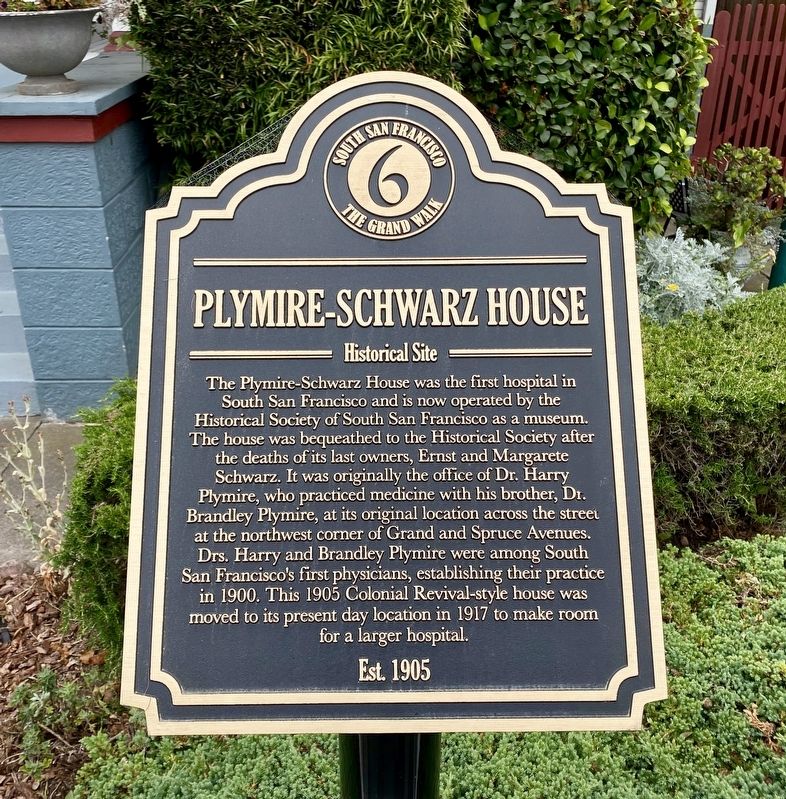 The Plymire-Schwarz House was the first hospital in South San Francisco and is now operated by the Historical Society of South San Francisco as a museum. The house was bequeathed to the Historical Society after the deaths of its last owners, Ernst and Margarete Schwarz. It was originally the office of Dr. Harry Plymire, who practiced medicine with his brother, Dr. Brandley Plymire, at its original location across the street at the northwest corner of Grand and Spruce Avenues. Drs. Harry and Brandley Plymire were among South San Francisco's first physicians, establishing their practice in 1900. This 1905 Colonial Revival-style house was moved to its present day location in 1917 to make room for a larger hospital. 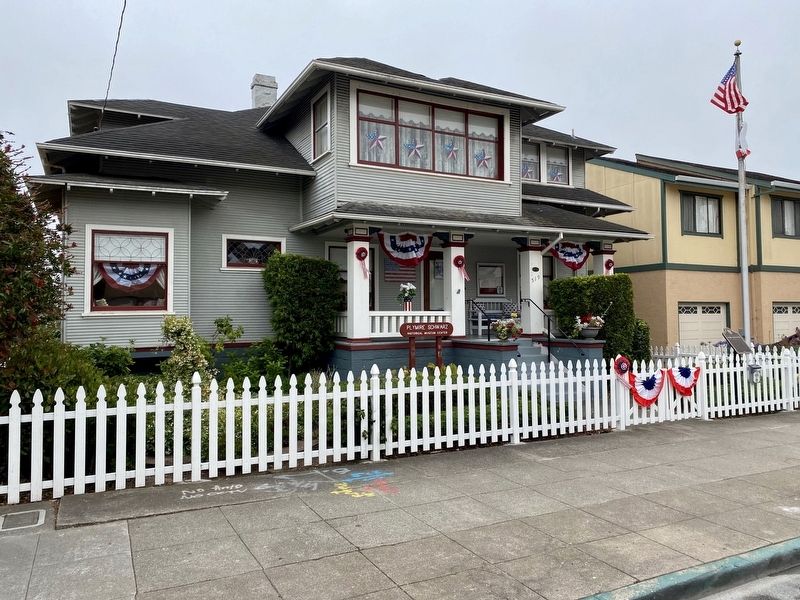 Photographed By Andrew Ruppenstein, July 7, 2021
2. Plymire-Schwarz House and Marker
The marker is visible on the far right, just behind the fence.

Click or scan to see
this page online
, California, in San Mateo County. Marker is on Grand Avenue west of Spruce Avenue, on the left when traveling west. Touch for map. Marker is at or near this postal address: 519 Grand Avenue, South San Francisco CA 94080, United States of America. Touch for directions.

More about this marker. This is the sixth of eleven stops on the city's "The Grand Walk", a self-guided tour of the historic sites and buildings along or in the vicinity of Grand Avenue. 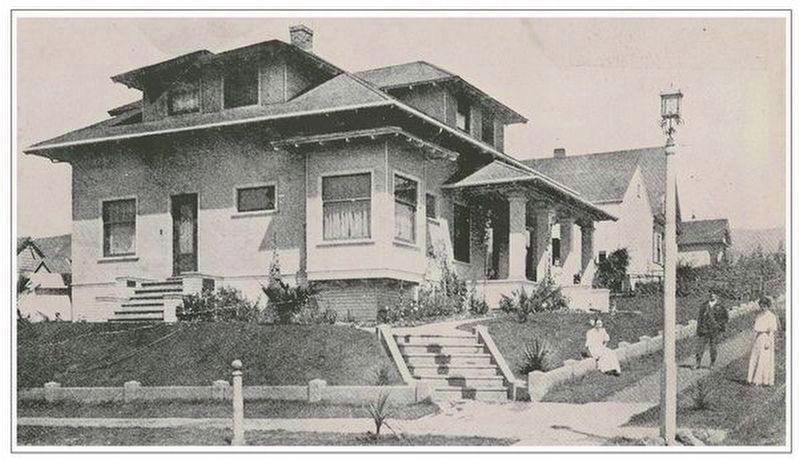