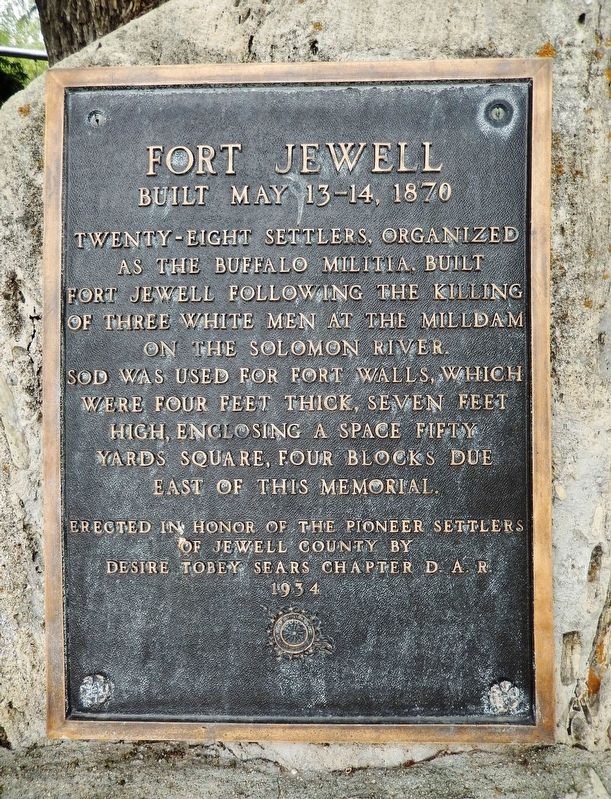 Twenty-eight settlers, organized as the Buffalo Militia, built Fort Jewell following the killing of three white men at the milldam on the Solomon River.

Erected in honor of the pioneer settlers
of Jewell County by
Desire Tobey Sears Chapter D. A. R.
1934

Topics and series. This historical marker is listed in these topic lists: Forts and Castles • Native Americans • Settlements & Settlers. In addition, it is included in the Daughters of the American Revolution series list. A significant historical date for this entry is May 13, 1870.

Location. 39° 40.182′ N, 98° 9.33′ W. Marker is in Jewell, Kansas, in Jewell County. Marker is on Delaware Street (Kansas Route 28) just east of South Custer Street, on the right when traveling west. Marker is located near the southwest corner 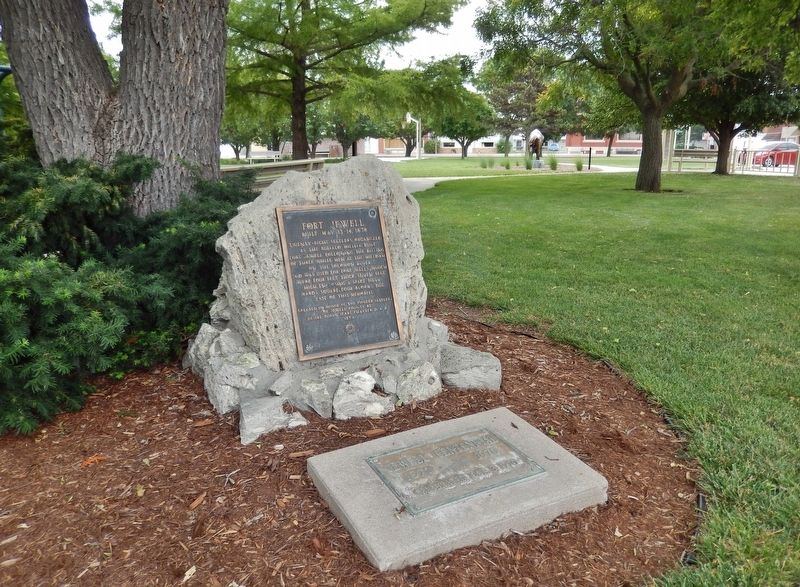 Click or scan to see
this page online
of Maag Memorial Park. Touch for map. Marker is at or near this postal address: 216 Delaware Street, Jewell KS 66949, United States of America. Touch for directions.

Other nearby markers. At least 1 other marker is within 15 miles of this marker, measured as the crow flies. Waconda Springs / Glen Elder State Park (approx. 14.8 miles away).

Also see . . .
1. Erection of Fort Jewell. The settlers of Jewell City community were interrupted in their tasks of breaking prairie, building cabins, digging "dugouts" and otherwise improving their claims on May 12, 1870, by the message of couriers that the Cheyennes were again on the warpath and had killed three white men working on a mill dam on the Solomon river at the present site of Glen Elder. At daybreak on the following day, twenty-eight settlers had gathered at "Hoffer's shanty" near the forks of Buffalo Creek, organized a company of militia, and at the future town site of Jewell City commenced the erection of a sod fort. (Submitted on July 9, 2021, by Cosmos Mariner of Cape Canaveral, Florida.)

2. Fort Jewell (1870). The post was named in honor of Lieutenant-Colonel Lewis R. Jewell of the Sixth Kansas Cavalry, who died during the Civil War of wounds received in the battle of Cane Hill, Arkansas. It was built and defended by 28 local settlers, who organized themselves as the "Buffalo Militia." The local volunteers were relieved in June, 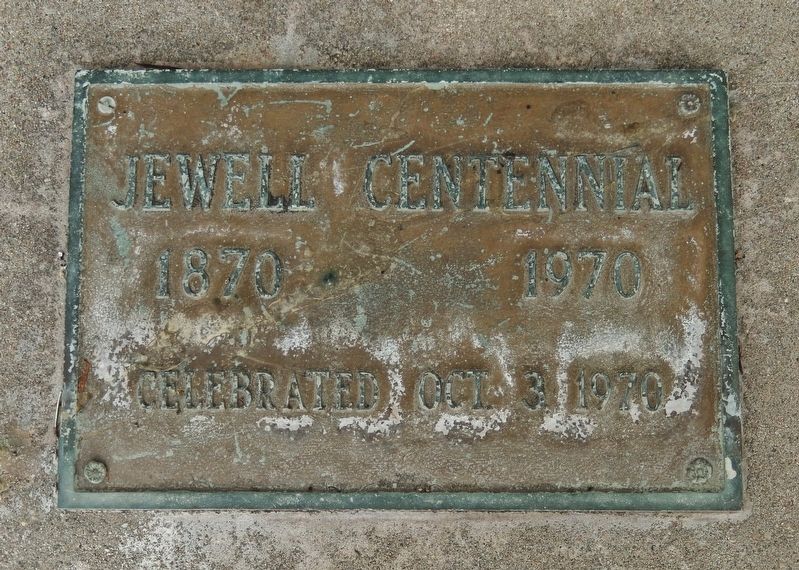