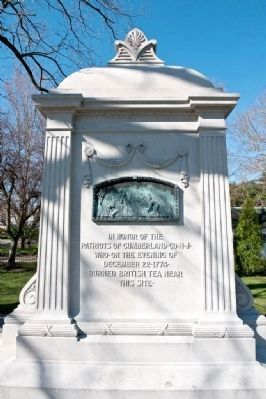 Monument front:
In honor of the Patriots of Cumberland Co., NJ who—on the evening of December 22, 1774—burned British tea near this site.

Topics. This historical marker and monument is listed in these topic lists: Notable Events • War, US Revolutionary. A significant historical date for this entry is December 22, 1831.

Other nearby markers. At least 8 other markers are within 6 miles of this marker, measured as the crow flies. Hot Tea (here, next to this marker); Welcome to Greenwich Township (about 600 feet away, measured in a direct line); 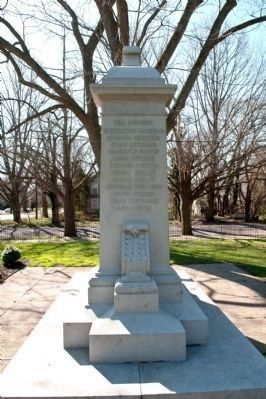 Regarding Greenwich Tea Burning Monument. The Greenwich Tea Party took place on December 22, 1774, in what is now Greenwich Township, a small community in Cumberland County, New Jersey on the Cohansey River. That night, a load of tea meant to be sent overland into Philadelphia, Pennsylvania was torched by a group of 40 Patriots dressed as Native Americans. The event took place a year after the Boston Tea Party.

Also see . . .  Greenwich Tea Burners Monument. This link includes a picture of the dedication ceremony. The monument was built by the O. J. Hammell Company (no longer in business), who also built the New Jersey memorials at Gettysburg and Valley Forge, and New Jersey's Chestnut Neck Battle monument. (Submitted on April 7, 2009, by Kevin W. of Stafford, Virginia.) 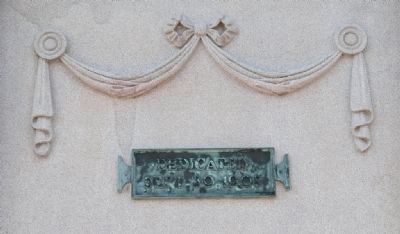 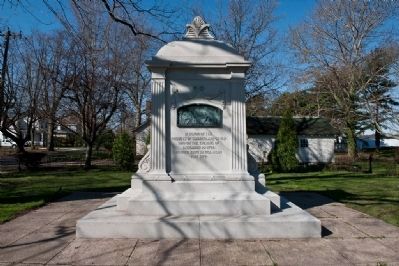 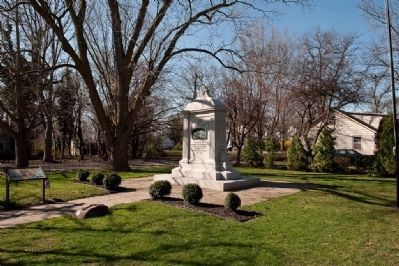 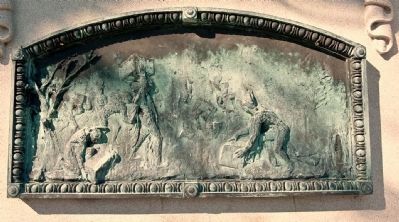 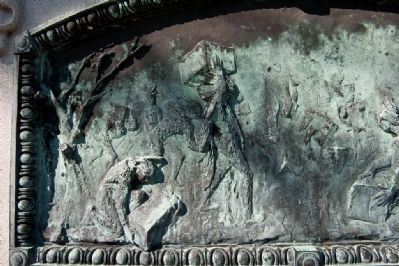 Photographed By R. C.
7. Greenwich Tea Burning Monument Detail
The indian head dresses worn by the Patriots is clearly visible in the depiction. 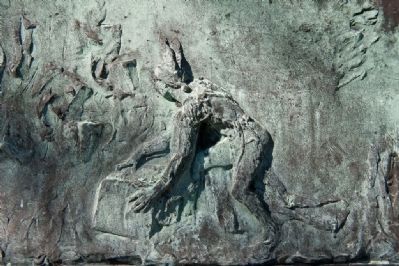 Photographed By R. C.
8. Greenwich Tea Burning Monument
Detail on the right side of the carving. 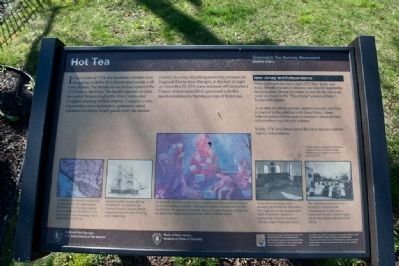 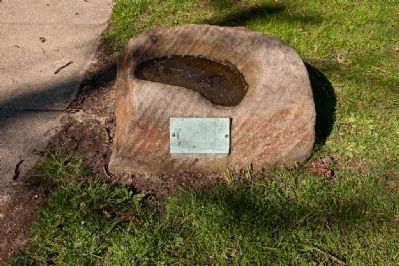