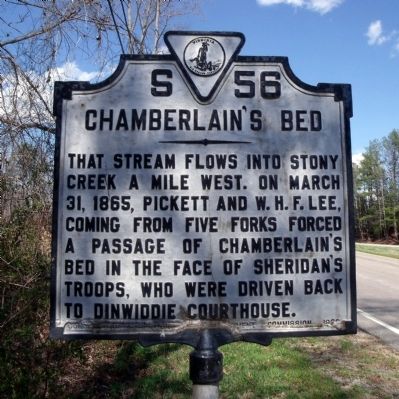 That stream flows into Stony Creek a mile west. On March 31, 1865, Pickett and W.H.F. Lee, coming from Five Forks, forced a passage of Chamberlain's Bed in the face of Sheridan's troops, who were driven back to Dinwiddie Courthouse.

Topics. This historical marker is listed in this topic list: War, US Civil. A significant historical month for this entry is March 1867.

Location. Marker is missing. It was located near 37° 4.078′ N, 77° 36.115′ W. Marker was in Dinwiddie, Virginia, in Dinwiddie County. Marker was on Boydton Plank Road (U.S. 1) 0.2 miles north of Gatewood Road, on the right when traveling south. Touch for map. Marker was in this post office area: Dinwiddie VA 23841, United States of America. Touch for directions. 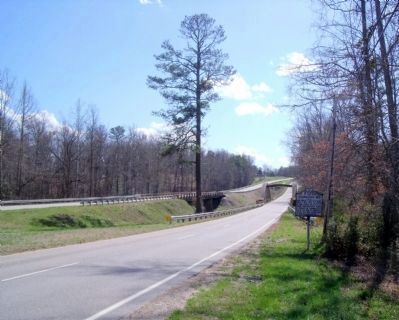 Click or scan to see
this page online
(approx. one mile away); The War of 1812 / Winfield Scott (approx. 1.1 miles away); Vaughan Road (approx. 1.4 miles away); Dinwiddie Normal Industrial School (approx. 3.2 miles away). Touch for a list and map of all markers in Dinwiddie.

More about this marker. The Virginia Department of Historic Resources announced the retirement of this marker on July 16, 2015. There are no immediate plans for its replacement.

2. Union General Joshua Lawrence Chamberlain. “Chamberlain, however, would survive the wound, and return to the front in time to play a pivotal role in the Appomattox Campaign. On April 12, 1865, Brigadier General Chamberlain received the Confederate surrender of arms. Rising to the occasion, the general ordered his men to salute their vanquished foes. ” (Submitted on July 16, 2015.) 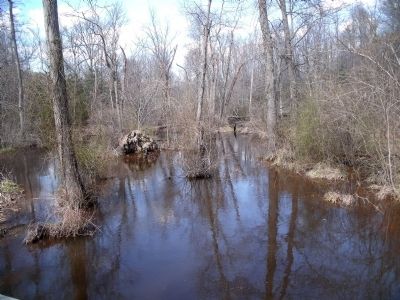