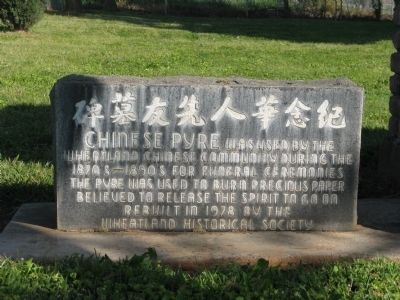 Chinese Pyre was used by the Wheatland Chinese Community during the 1870s – 1890s for funeral ceremonies. The pyre was used to burn precious paper believed to release the spirit to go on .

Rebuilt in 1978 by the Wheatland Historical Society.

Erected 1978 by The Wheatland Historical Society.

Topics. This historical marker is listed in these topic lists: Cemeteries & Burial Sites • Notable Places • Settlements & Settlers. A significant historical year for this entry is 1978.

Location. 39° 0.435′ N, 121° 26.274′ W. Marker is in Wheatland, California, in Yuba County. Marker is located near the Southwest Corner of the Wheatland Cemetery. Touch for map. Marker is at or near this postal address: 4865 Wheatland Road, Wheatland CA 95692, United States of America. Touch for directions. 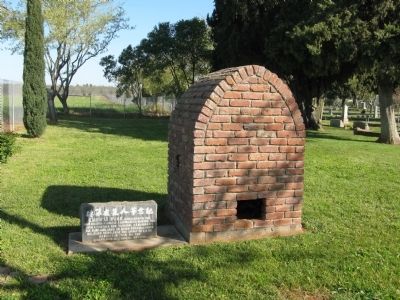 Regarding Chinese Pyre. This small plot of land adjacent to the main cemetery in Wheatland has no grave markers, but there are believed to be bodies still buried there. The only structure that remains is a burner for paper money. This was reconstructed from the bricks of the original burner sometime after the original burner had collapsed. The reconstructed burner has an unusual shape, with a barrel vault roof instead of a pyramidal roof. The openings are too small and too low to be convenient for burning paper offerings. Therefore, it appears likely that the original form has been changed in the reconstruction. Nevertheless, it can be considered a monument to early Chinese pioneers in Wheatland.

Also see . . .  Wheatland History. At the time of Wheatland’s incorporation in 1874, the population was 900, of which 300 were Chinese. Most Chinese came to work on the railroad and service industries (laundries, restaurants, etc.) and later 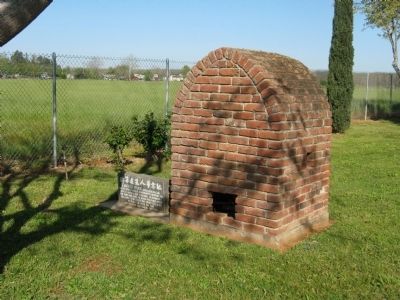 Photographed By Syd Whittle, April 6, 2009
3. Chinese Pyre
were employed as hop workers. A thriving Chinatown existed from the 1860’s through the early 20th century, when anti-Chinese sentiment forced its relocation several times. The center of the Chinese burial rite was a ceremonial pyre near the Wheatland Cemetery where final meals were cooked for the deceased. The Chinese were buried nearby until they could be shipped back to China for final internment. (Submitted on April 6, 2009.) 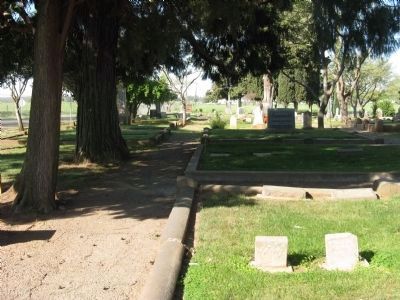