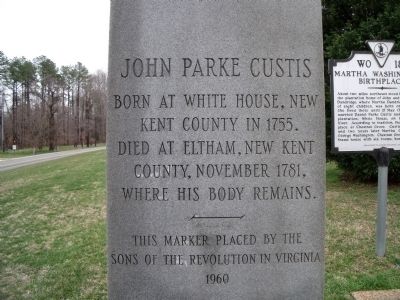 While acting as aide to General Washington in the Yorktown Campaign, he became seriously ill and was taken to the home of his aunt, Mrs. Burwell Bassett, where he died November 1781, with General and Mrs. Washington at his bedside.

Martha Dandridge
Born in 1731 at Chestnut Grove in this county. Married first, Daniel Parke Custis in 1749 and became mother of John Parke Custis. In 1759 married George Washington. She died in 1802 and is buried at Mount Vernon.

Erected 1960 by Sons of the Revolution in Virginia. 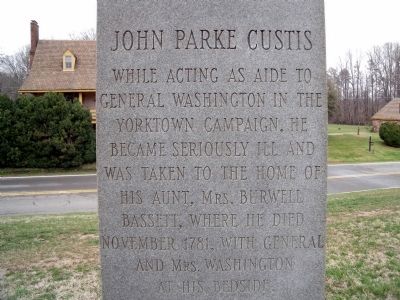 Click or scan to see
this page online
in these topic lists: Cemeteries & Burial Sites • Patriots & Patriotism • War, US Revolutionary. In addition, it is included in the Former U.S. Presidents: #01 George Washington, and the Sons of the American Revolution series lists. A significant historical year for this entry is 1755. 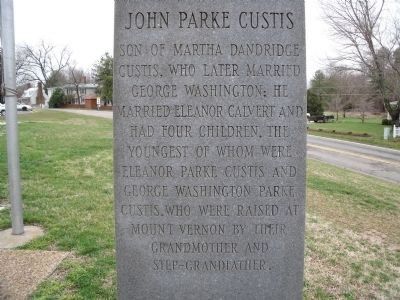 Photographed By Bernard Fisher, March 28, 2009
3. John Parke Custis Marker (east face).
(about 400 feet away, measured in a direct line); The Wilson House: Witness to Three Centuries (about 500 feet away). Touch for a list and map of all markers in New Kent. 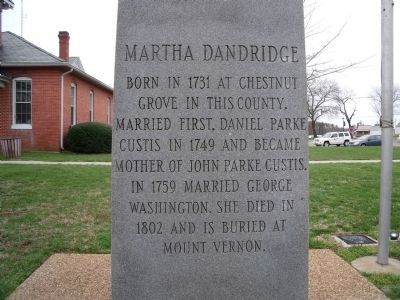 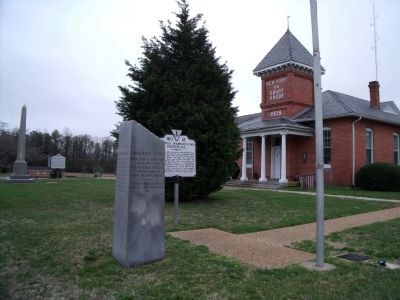 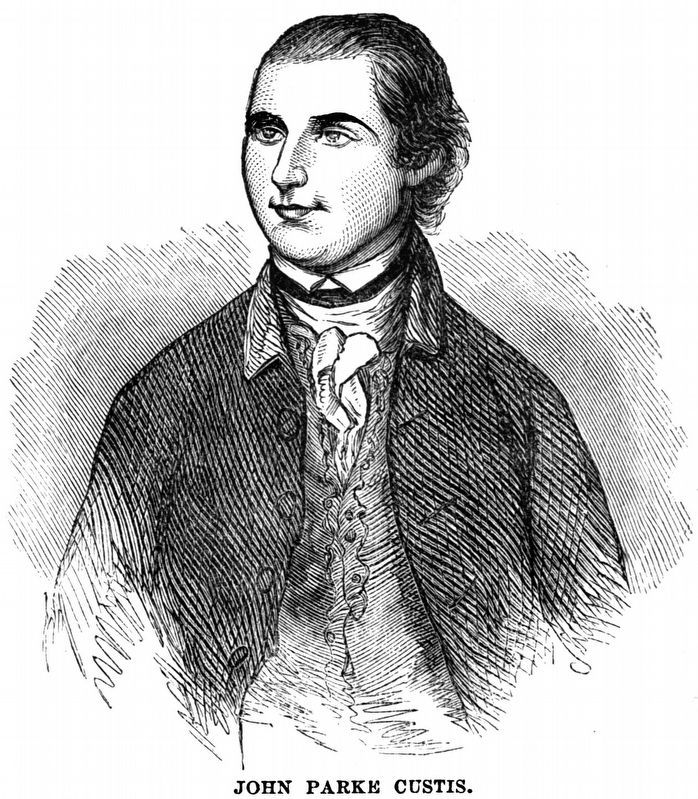